Report Identifies Steps to Build Pathways Out of Poverty—But Are They Enough? 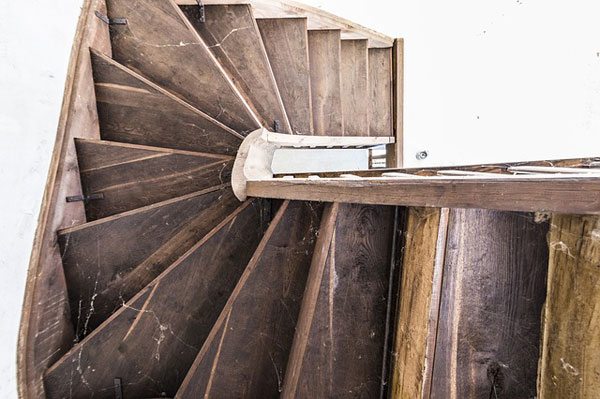 While the US has long had a high level of economic inequality, in theory this was balanced in part by the notion that, as President Clinton once put it, “If you work hard and play by the rules, you’ll be rewarded with a good life for yourself and a better chance for your children.” There is at least a grain of truth in Clinton’s nostrum. After World War II, living standards did rise—median wages, adjusted for inflation, went up 95 percent in the quarter century after 1947. Since the 1970s, however, wages, except at the top, have barely kept pace with inflation.

Lack of economic mobility, in short, is an important issue. Since race and economic inequality are correlated, if economic mobility remains low, that means that racial inequality in wealth and income would likely persist, with the consequence that as people of color become the nation’s majority, income and power would remain with the white minority.

Now, the US Partnership on Mobility from Poverty—a group supported by the Gates Foundation and operated by the Urban Institute, a Washington, D.C. think tank—has formed to promote greater economic mobility. In CityLab, Michael Anft profiles its new report, titled “Restoring the American Dream: What Would It Take to Dramatically Increase Mobility from Poverty?”

One finding from this timely report, informed by Stanford economist Raj Chetty’s research, is that if you are poor—defined as falling into the poorest 20 percent by income—your chance of making it into the top 20 percent is 10 to 12 percent greater in booming communities (e.g., San Francisco, Boston, Washington, Salt Lake City, or Seattle) than in Rust Belt or Southern cities (e.g., Cleveland, Charlotte, or Atlanta), where the odds are around five percent or lower.

Chetty told the New Yorker in 2014 that, “what we found was that kids born in the early nineteen-nineties had the same chances of climbing up the income ladder as kids born in the seventies.” The New Yorker’s James Surowiecki adds, “Even more striking, when [Chetty and his colleagues] looked at studies tracking economic mobility going back to the fifties, they concluded that it had remained relatively stable over the entire second half of the twentieth century.” (That said, two University of Massachusetts, Boston economists—Michael Carr and Emily Wieners—contend that you do find a decline in class mobility since the 1980s if you compare lifetime earnings).

In any case, what should be done? The report proposes a five-fold strategy involving narrative change (in particular, humanizing the poor by highlighting the connections between structural forces and people’s personal stories), pathways to good jobs, support for community building, income supports for low-income families (such as childcare tax credits), and better data (like apps that can help locate support services). These are all sensible policies, but are they enough?

Anft seems to believe that low-income Americans would be better off if their mobility rates increased to match those of wealthier Americans, but it is not clear that raising mobility rates would increase families’ ability to get out of poverty. Certainly, Americans have long moved more often than residents of other countries, yet moving more often has not less to greater class mobility, so caution is warranted.

The report itself calls for a mix of place-based strategies. It is notable, though, what strategies are not included. The word “union” appears only once in the report, even though unions historically have been economic ladders, and the word “co-op” appears not at all, even though they are a promising strategy for turning dead-end jobs into good jobs. Also missing are such basics as equitable access to health and education. A 2015 New York Times article noted that, “Put bluntly, class trumps ability when it comes to college graduation.”

Anft says “the partnership is slated to finish its work in May” and expects to “churn out a dozen or more white papers” by then. Hopefully, these papers will fill in some of the gaps.—Steve Dubb