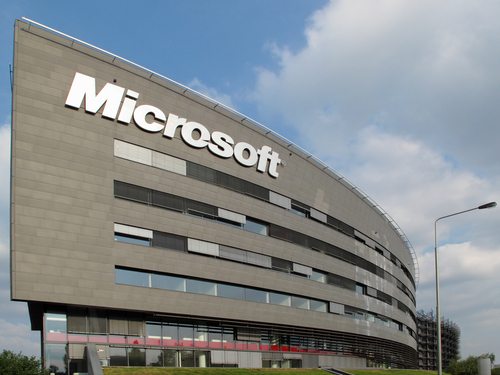 It is virtually impossible to look at a major corporation’s website and fail to find a statement on the firm’s commitment to corporate social responsibility. Even if you look at some corporations not typically thought of as charitable or socially responsible, they’re doing work and publishing self-congratulatory encomiums anyhow. Just pick the companies that some of the public might think of as somewhat odious—for instance, Halliburton, British Petroleum, and Caesar’s Entertainment—and you’ll still find corporate social responsibility programs and statements.

The Reputation Institute regularly ranks the 100 most reputable companies with a global presence. The rankings are based on several factors concerning the consumers’ perceptions of the company and perceptions of the company’s products. Because three of the factors behind corporate reputation—citizenship, governance, and workplace—are typical components of corporate social responsibility (CSR), the Institute chose to rank companies with the best corporate social responsibility reputations. Consumers were asked for the extent to which they agreed with the following three statements: “‘Company’ is a good corporate citizen — it supports good causes and protects the environment; ‘Company’ is a responsibly-run company — it behaves ethically and is open and transparent in its business dealings; and ‘Company’ is an appealing place to work — it treats its employees well.”

Microsoft topped the list of these multinational corporations. The top 10 were:

Some industries stand out for their presence or their absence in the CSR list. High tech companies are well represented in the top 100 by Microsoft, Apple, Google, IBM (11), Intel (12), Cisco Systems (29), Amazon (30), Nintendo (33), Hewlett-Packard (34), Yahoo (57), Dell (63), ACER (78), eBay (83), and Lenovo (94). Pharmaceuticals are well represented by Johnson & Johnson (13), Abbott Laboratories (40), Roche (49), Bayer (50), GlaxoSmithKline (84), and Pfizer (92). Except for the Brazilian firm Petrobras (91), missing are the oil companies such as Exxon Mobil, which is seen in the U.S. as philanthropically generous, and BP. Also not on the list are the Wall Street banking and investment houses. It may be that consumers still hold them in low regard since their collective contributions to the collapse of the world economy during the past few years.

What goes into a corporation’s positive CSR ranking? For Microsoft, which could hardly be more pleased with its top CSR ranking, one of the factors is the company’s support for employees’ charitable giving and volunteering. The notion, according to a Microsoft spokesperson, is to make sure that employees see their employer as a good corporate citizen in local communities. Microsoft points out that it has facilitated employee giving campaigns adding up to $1 billion in employee contributions plus a company match since 1983. Dan Bross, senior director of corporate citizenship with Microsoft, explained, “Our CSR efforts have a direct and positive impact on people in our own backyard and around the world, and in turn, their ongoing engagement with us contributes to Microsoft’s business success.”

However, there is some skepticism about CSR that much of the corporate world’s social responsibility is only so much “greenwashing,”—presenting the best possible face without dealing with important issues. This critique is perhaps exemplified by the new Coke vs. Pepsi challenge about which of the sugar-water companies can do a better job for charitable fundraising without mentioning the downsides of their operations regarding sugar, obesity, and environmental degradation. Other issues that undermine CSR strategies include the less than transparent operations of many corporations regarding campaign contributions and political lobbying.

Microsoft and the other top CSR players deserve plaudits for the recognition they’ve achieved, but the corporate world has a lot more to do to translate glossy CSR reports into meaningful changes in corporate behavior.—Rick Cohen