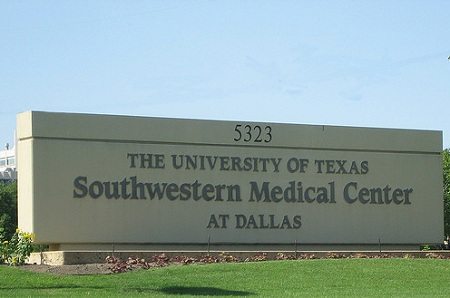 At a time when a few people were onto Kern Wildenthal’s questionable expenditures as president of the University of Texas (UT) Southwestern Medical Center, there wasn’t much attention from the Dallas media except for that of Robert Riggs, a former investigative reporter at the local CBS television affiliate, KTVT. With the benefit of hindsight, a state review and a UT Southwestern audit of Wildenthal’s expenditures are proving Riggs’ questions about Wildenthal well founded, and now Wildenthal is quietly leaving UT after 42 years there. Nonetheless, in response to the Dallas Morning News reporting on Wildenthal’s pre-restitution resignation, UT Southwestern President Daniel Podolsky released a June 4th letter to Wildenthal calling him a “transformative” leader. Podolsky wrote, “We would simply not be the institution we are without what you have done.”

Reese Dunklin of the Dallas Morning News reports that UT Southwestern spokesman Tim Doke has said that his is “confident that Dr. Wildenthal will make restitution irrespective of his retirement from UTSW.” It has not been determined how much money Wildenthal will be asked to reimburse the school, though it’s unlikely to equal the total amount that the morass has cost (a figure that includes a $140,000 audit by the Grant Thornton firm as well as the state audit, which reportedly cost taxpayers $500,000). Whatever the amount, Wildenthal won’t be without resources, as he was well paid during his 42 years at UT Southwestern and he operates in society circles that most of us cannot imagine. After his retirement, Wildenthal was recruited as director for a company called Kronos Worldwide, which is owned by billionaire Harold Simmons, one of the medical center’s big donors during Wildenthal’s tenure. Wildenthal will be a member of the Kronos board’s audit committee.

In an odd twist given the restitution situation, Wildenthal isn’t even really gone from UT Southwestern. He is still a “special consultant” to the Southwestern Medical Foundation, the medical center’s fundraising arm. The Dallas Morning News reports that the foundation’s chairman, William T. Solomon, refused to describe the scope of Wildenthal’s consulting role or Wildenthal’s compensation. But with all the focus on Wildenthal’s spending (read Riggs’ original piece here for more on that), the critical revelation that caught the Nonprofit Quarterly’s attention in 2008 isn’t getting addressed. As we wrote at that time:

“Riggs reported the existence of an ‘A-list’ of wealthy and famous people from Texas who, if they wanted, could get special treatment at the hospital. The UT system maintains that everyone coming to the hospital, rich or poor, gets the same quality of medical care, but the A-listers had 24/7 access to a team of doctors on call to answer their questions, got jumped to the head of the line for anything whenever they showed up, and got special (purportedly non-medical) treatment by hosts and hostesses to make their use of the UT system a memorably pleasant experience…[Among the names on the A list were] Vice President Dick Cheney and his wife, Lynne; Republican Senator Kay Bailey Hutchinson; Democratic Congresswoman Eddie Bernice Johnson; owner of the Dallas Stars and Texas Rangers (and former baseball team-owning partner of George W. Bush) Tom Hicks; the publisher and the editor of the Dallas Morning News; developer Trammel Crow; hedge fund impresario T. Boone Pickens; and business tycoon and former third party presidential candidate H. Ross Perot—and 6,400 others.”

Will anyone investigate this claim further? It’s not just the money that Wildenthal will reportedly repay that is a matter of contention here.—Rick Cohen