Yes, it is true. Rick Cohen is the wealthiest person in New Hampshire. 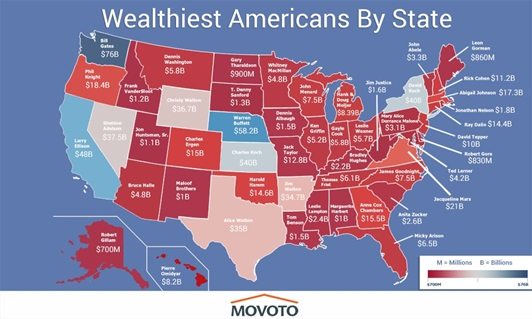 Unfortunately, it isn’t the Rick Cohen who writes for Nonprofit Quarterly, but someone who shares the name. The other Rick Cohen owns C&S Wholesale Grocers, the largest grocery wholesaler in the world. He is worth over $11 billion, shies away from press and publicity, lives in a modest home, and is a dead ringer for Egon from Ghostbusters. Of interest to Nonprofit Quarterly readers might be the publicity-shy Cohen’s philanthropy, some of which seems to come from the Panjandrum Foundation, which is devoted to “protecting the environment, ending human rights abuses and supporting women’s issues.” (“Panjandrum” means someone who claims great authority or expertise, though often with a load of accompanying pretension.) Housed at C&S, the Panjandrum Foundation made four grants in 2012, according to its last filed Form 990PF: the Keene Family YMCA ($635,475), the American Society for Yad Vashem ($800,000), the Fritz Institute ($58,000), and the Karuna Center for Peacebuilding ($15,000).

Movoto’s list of the wealthiest person in each state of the U.S. is probably of interest for their philanthropic identities, since some, like Cohen, aren’t particularly high profile but do think of themselves as generous philanthropists. There’s no need to go into the philanthropic profiles of Arkansas’s Jim Walton, California’s Larry Ellison (from Oracle), Hawaii’s Pierre Omidyar (eBay and First Look Media), Massachusetts’s Abigail Johnson (the Fidelity Investments heiress), Nevada’s Sheldon Adelson (the Sands Casino), Nebraska’s Warren Buffett, New York’s David Koch, Kansas’s Charles Koch, Oregon’s Phil Knight (Nike), Wyoming’s Christy Walton, Utah’s John Huntsman Sr. (father of the recent Republican presidential aspirant), and a fellow from the state of Washington named Bill Gates. However, some of the more obscure ones on the list might be interesting for their philanthropy:

We could go on, but these random seven reflect some of the unusual philanthropic profiles of major donors. Consider Ken Griffin, the richest person in Illinois (head of the Citadel hedge fund, who with his now ex-wife was a multi-million dollar donor to the Art Institute of Chicago), Gayle Cook, the richest person in Indiana (from a catheter and stent fortune, investing in the improvement of Bloomington), and Mississippi’s Leslie Lampton (whose Ergon Foundation has a strong emphasis on education and Christianity).