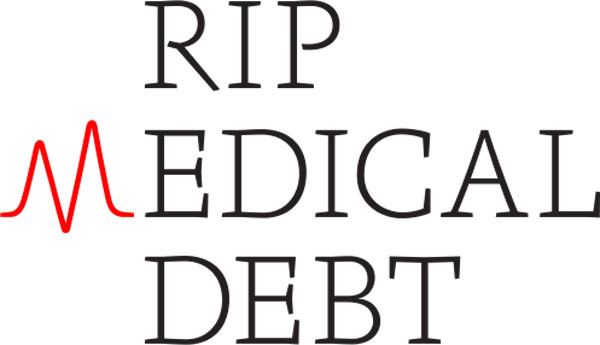 Nonprofits take many different forms, and some are designed specifically to work in partnership. The organization addressed here allows others to live out their mission intentions while keeping media focus on a larger, persistent medical and economic problem.

A Gallup survey noted that in 2017 alone Americans racked up $88 billion in debt to pay medical bills. “The survey also found that one in four Americans have skipped treatment because of the cost, and that nearly half fear bankruptcy in the event of a health emergency,” the New York Times reported last month.

In Evansville, Indiana, the congregation of City Church has decided to take some steps locally to address this crisis and is seeking to eliminate $1.5 million in medical debt for low-income people by buying that debt for $15,000 through RIP Medical Debt (RIP), an organization that was inspired by the now-defunct Rolling Jubilee, an offshoot of the Occupy movement that bought both medical and student loan debt. RIP Medical Debt helps eliminate medical debt and stop the hounding of poor people faced with collections proceedings, by buying the debt for pennies (or in this case less) on the dollar. To date, RIP Medical Debt has relieved 200,000 people of their past-due debts, to the tune of around $700 million.

Similarly, the Life Church in De Pere, Wisconsin donated $17,500 to RIP to buy $4.4 million in medical debt owed by 2,900 Wisconsin individuals and families. Both efforts were accompanied by articles in the local press.

And on the homepage of the RIP website, you find, front and center, a clip from the New York Times detailing the story of two women, both health activists, who bought out $1.5 million in debt from RIP. The article made RIP’s point beautifully:

Ms. Jones, 80, a retired chemist, and Ms. Kenyon, 70, a psychoanalyst, are members of the Finger Lakes chapter of the Campaign for New York Health, which supports universal health coverage through passage of the New York Health Act.

“The way sort of opened,” Ms. Jones said. They cast a wide net for donations, she said, explaining to people that the campaign was only a short-term fix for the larger problem of out-of-control medical costs.

Many people take on extra jobs or hours to afford health care, and 11 percent of Americans have turned to charity for relief from medical debts, according to a 2016 poll conducted by The Times and the Kaiser Family Foundation.

“They (the debt company) eliminate crippling medical debt for people who live at or near poverty level,” said Pastor Jeff Kinkade of City Church. The church will never know whose debts have been paid, but a note will be sent from the church to each recipient family that reads, “We may never meet, but as an act of love in the name of Jesus Christ, your debt has been forgiven.”

“Our vision has always been to demonstrate the love of Christ to the city of Evansville, not just talk about it,” Kinkade told the Courier & Post. “We’re not a megachurch with enormous resources so we are always looking for ways that we can make the biggest impact with the resources we do have. Christ’s sacrifice paid our moral debt, so sacrificing money to pay someone else’s financial debt seemed quite fitting to us.”

RIP’s simple organizational design is suited to purpose: resolving the debt and helping to raise larger issues with investors and the public.—Ruth McCambridge