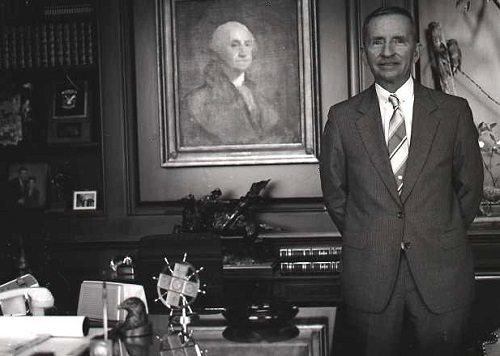 Ross Perot’s family foundation announced last week that it had awarded $1 million to Planned Parenthood of Greater Texas, and in June, the same affiliate received $6.5 million from an anonymous Republican family. In fact, private donations to the group have enabled it to establish a new facility equipped to perform abortions even under Texas’ strict new regulations.

Ken Lambrecht, Planned Parenthood of Greater Texas’s President and CEO, says his affiliate has more Republican donors than any other in the country.

This should come as no surprise, since support for family planning has deep roots even among conservatives. Richard Nixon declared in a 1969 “Special Message to the Congress on Problems of Population Growth” that it was his “view that no American woman should be denied access to family planning assistance because of her economic condition.” Barry Goldwater supported Planned Parenthood passionately; his wife was a founding member of the group’s Arizona state affiliate. Lastly, according to the Beast, “as a Texas congressman, George H.W. Bush was so obsessed with family planning that he earned the nickname ‘Rubbers.’”—Ruth McCambridge