She Should Run Gets Serious about Gender Parity in Politics 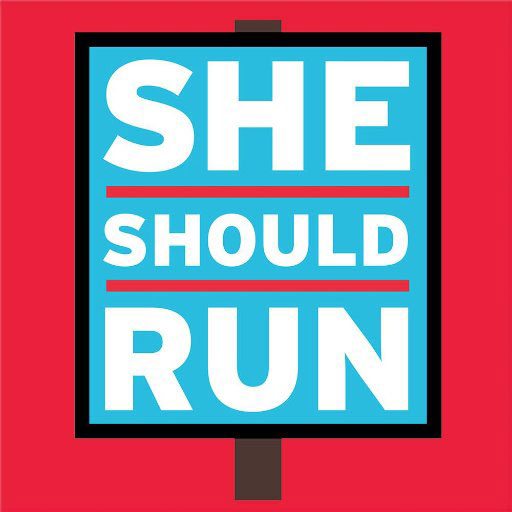 The corridors of political power in the U.S. are overwhelmingly populated by men—but not for long, at least not if this organization has anything to say about it. She Should Run, a D.C.-based organization, has committed to fast-tracking representational parity. Their campaign, #250kby2030, launched this week.

BIG NEWS! Why have we been happy dancing all morning? Our new campaign to get #250Kby2030 just launched!https://t.co/ECxku1JG9W pic.twitter.com/DWscMWfg6y

The issue of women in government is a frustrating one. When they run for office, they win just as often as men, and a number of studies show that government runs better with women in office. But despite these things, women just don’t run as often; a Pew Research survey in 2014 found that only 25 percent of people running for office are women.

An NPR study showed that in some areas, like governorships, women’s participation has actually dropped in recent years. 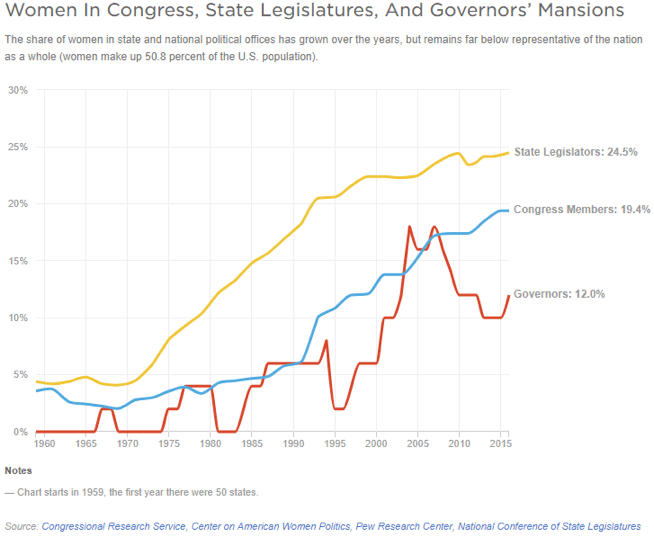 Having women in office is important for more than just the sake of equality. According to a report by American University,

CNN reported that “In developing nations, having women at the table impacts how policy resources are spent—either through gender budgeting efforts or simply, such as in the case of climate change, showing how women in the developing world experience issues differently than men. The involvement of women in the climate movement, for example, has led to better policy making and spurred solutions like clean solar cookstoves.”

For nonprofits concerned with healthcare, safety net policies, and other civic issues, these tendencies can make our work easier and more effective. For nonprofits involved with or getting funding from the government, a collaborative style of leadership is necessary to do our work at all.

So why don’t women run? According to the American University report,

The gender gap in political ambition is driven by women’s lower levels of political recruitment and lower self-assessments of political qualifications. In addition, women perceive an electoral environment that is biased against them, which likely helps explain their greater aversion to participating in the nuts and bolts of a campaign. Finally, the fact that women remain the primary caretakers of the home and children adds a high degree of complexity to the decision to run office—complexity that most men do not face.

The issue in politics is the same as in business and other high-powered arenas, where women are less likely to ask for more money or a promotion.

She Should Run’s campaign seems to approach the issue in a smart way for the long term. First, they’re tackling the root of the problem: encouraging young girls to think of themselves as leaders, including coaching for parents of young girls, and reaching out to adult women with their message, “You are qualified. You are ready.” By giving themselves 13 years to hit their mark, they’ve committed themselves to deep engagement, and their plan makes room for (and includes) the training and mentoring that will help women see themselves as public leaders.

She Should Run has been around since 2011, but it seems that Donald Trump’s presidency has given a jumpstart to their mission. According to the website, “Over 15,000 women have been inspired to run for office through She Should Run since the 2016 election.” After the inauguration, women across the world launched possibly the largest protest in U.S. history. NPQ noted in February that more women of color declared an intention to run for office that year than ever before. Lindsay Walker quoted Marion Johnston, a black woman and aspiring future Durham City Council member, with perhaps the most common-sense reaction to political dissatisfaction: “I felt like in so many ways I’m voting for someone who doesn’t know what it’s like to be me. And then I realized that the only person who understands that is me, and so I should run for office.”

Having more women in office is one of those issues that benefits everyone in immediate and tangible ways. It particularly benefits the nonprofit sector to see collaborative leadership and compassionate civic policy. Our fingers are crossed for #250kby2030.—Erin Rubin