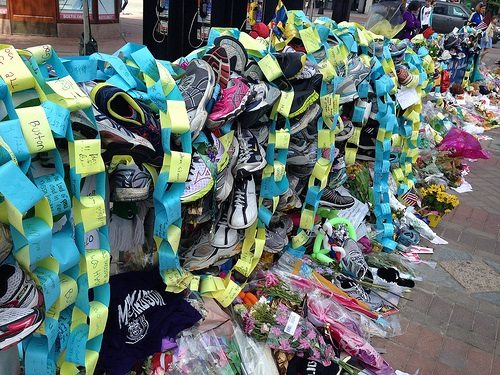 With the help of family and friends, the Richard family of Boston has created a foundation in honor of their child Martin, who was the youngest of the three people killed during the Boston Marathon bombing. Parents Bill and Denise Richard and daughter Jane were all injured as well during the attack and are still recovering from the tragedy that rocked this family.

The Martin W. Richard Charitable Foundation is currently recruiting charity runners for the Boston Marathon in 2014. They hope to honor Martin’s memory by investing in “education, athletics and community.” The family posted the following statement on their blog:

“Team MR8 (Martin’s initials along with his favorite number and age) will be a diverse group of runners committed to the foundation and its mission. Anyone wishing to apply for a marathon bib, or who wants more information, should visit TeamMR8.org.”

The deadline to apply is January 17th, and the application states charity runners will be required to raise a minimum of $7,500.—Aine Creedon