Rural Nonprofits: What Can Crowdfunding Do for You? 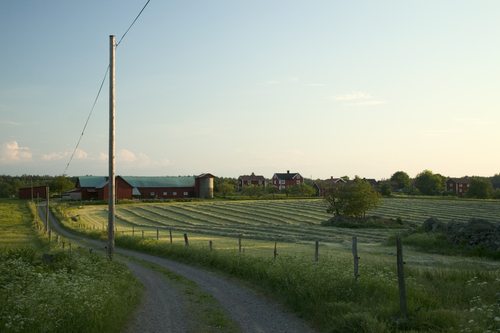 Aiming to preserve the Gaviota Coast, California’s last remaining unspoiled twenty miles of coastline, the Surfrider Foundation’s pitch on Kickstarter made us think about the application of crowdfunding to rural development needs. Are rural groups making use of this new charitable fundraising technology? We examined the abridged version of the Crowdfunding Industry Report (unable to shell out nearly $1,000 for the full text) to make some guesstimates about this new and rapidly growing method of fundraising that started off, not so many years ago, primarily as a fundraising mechanism for small-scale art projects and artists.

The study suggests that the crowdfunding industry raised $1.5 billion worldwide in 2011 and will likely almost double that to $2.8 billion in 2012. By the end of this calendar year, there may be somewhere around 536 crowdsourcing platforms, as estimated in this industry report (based on past market growth). Of the one million campaigns these sites ran in 2011, most were for donations to nonprofits or individuals, but the big bucks went to campaigns involving lending and equity investments.

Does any of this matter to rural nonprofits? It should. With little or no regulation, crowdsourcing is bumping right along, raising money for charitable projects and for projects that look and smell like business ventures, but that are given a nonprofit or cause-based orientation by their sponsors. The payouts for donation-based crowdfunding campaigns, generally mission- or faith-based, are relatively small, with 63 percent below $5,000 and only six percent more than $10,000. For the business-related campaigns involving lending and equity investments, the payouts are much larger, with only six percent paying out less than $10,000 and 21 percent paying more than $250,000. These might be small totals for many nonprofits, but for small, rural-based nonprofits, accessing a fundraising mechanism that is doubling in size with capital flows in the billions would be something they should tap, particularly for activities that have a rural focus or venue.

Specific models on the various crowdfunding sites that have popped up are either rural in their focus or have rural applicability. The medical site MedStartr is featuring a campaign to raise money for a rural gynecological health program in the Dominican Republic. On Indiegogo, one group is raising money to pay for a United Church youth minister to serve rural areas of Northwest Ontario and another is supporting a Kenyan rural microfinance project.

FirstGiving has a number of rural projects, including the effort of Alaska Rural Partners to raise money for fire suppression systems for rural municipalities. Others taking advantage of FirstGiving include the Arizona Rural Development Council and the California Coastal Rural Development Corporation. Another crowdfunding site, Crowdrise, includes the Rural Community Assistance Corporation and the Southeast Rural Community Assistance Project on its charity list.

The Surfrider project is actually a film that will document the efforts of twenty men who have spent the last two decades fighting off developers who saw ripe market opportunities for this beloved coastal area in Santa Barbara County. The expectation is that the film will generate increased public connection to the Gaviota Coast preservation cause, with the aim of supporting a network of first responders to block development, a Gaviota Coast Legal Defense Fund, and a fundraising effort for the permanent preservation of the area.

Will any of these rural crowdfunding projects reach their fundraising goals or, in cases where donations haven’t yet materialized, raise any money at all? Do rural nonprofits see crowdfunding working for them, or, despite these examples, are they on the sidelines?—Rick Cohen