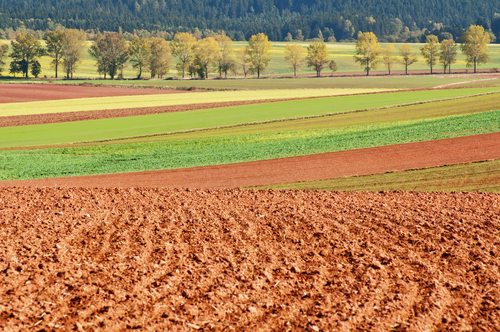 Wonder what happened to the push for rural philanthropy? It has long been a truism that foundations follow election results. How could they not? On November 6th, the majority of voters in rural America cast their ballot for former Massachusetts Gov. Mitt Romney. Rural voters accounted for only 14 percent of the electorate but favored Romney with 61 percent of their votes. That showing obviously doesn’t reflect how the overall election results turned out, so what’s the upshot?

A key indicator of the decline of rural America’s power may be that this was the first time in a long time that members of Congress from rural areas were not able to get a farm bill enacted. Agriculture interests did get the U.S. Department of Labor to drop a proposed regulation that would protect children from the more dangerous farm jobs, though. This is consistent with the largely anti-government message coming from rural America. Two thirds of rural voters said that they felt, according to Politico, that “government is doing too many things better left to businesses and individuals.”

U.S. Secretary of Agriculture Tom Vilsack, the former Iowa governor, pulled no punches, saying, in essence, that rural America is becoming a political afterthought. “It’s the fact that rural America with a shrinking population is becoming less and less relevant to the politics of this country,” Vilsack said, “and we had better recognize that and we better begin to reverse it.” Besides the rural population shrinkage, Vilsack cited “wedge issues” that animated rural activists, such as unfounded fears that the Environmental Protection Agency was going to start regulating farm dust or livestock producers’ fears that they were going to be targets of animal rights groups supported by federal agencies.

The implication of the Vilsack commentary, the shrinking map of “battleground states,” and the election results could lead one to write off most of the states that are dominated by rural areas as red states, but there may be more to the analysis. When President Barack Obama first took office, a hot concept among savvy political thinktankers was the idea of the U.S. as a “MetroNation.” This is the concept of 300 metropolitan regions as the economic engines of the U.S. The idea of the “MetroNation” was promoted by the Brookings Institution in a 2007 report that identified the nation’s 100 largest metropolitan areas as containing “65 percent of the nation’s population and 68 percent of its jobs, but… even larger shares of innovative activity (78 percent of U.S. patent activity), educated workers (75 percent of graduate degree holders), and critical infrastructure (79 percent of U.S. air cargo).”

The findings of the Brookings report are not hard to fathom:

We recall the excited response of foundations to the MetroNation concept, even as MetroNation proponents made the obligatory bromides about the importance of rural America. Nonetheless, the strategy was to focus on metropolitan areas and somehow, with the increasing prosperity of those metropolitan areas, it was thought that rural areas would be carried along. While everyone acknowledges that MetroNation America cannot exist without rural America’s food supply, energy resources, and recreational areas, those assets are often sort of presumed to just “be there” without much needed policy effort—like a farm bill.

The old days of Congress or state legislatures being dictated to by rural majorities are, demographically, gone. The days of rural areas getting disproportionate (or, now, even proportionate) attention from lawmakers seems to be waning. Are U.S. foundations, predominantly located in urban areas even if their moneys emanate from rural fortunes in energy, farming, and timber, also following the MetroNation trend?—Rick Cohen