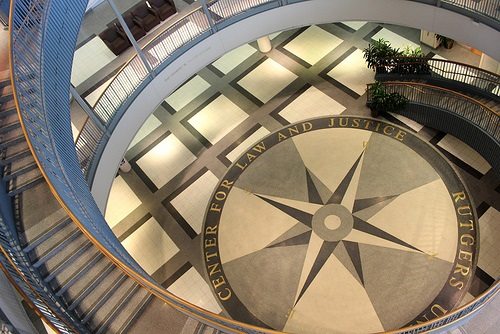 On Saturday, February 14th, Rutgers University held a forum designed to help potential students who are undocumented to navigate the college-admissions process. Though well attended at 220 people, the forum was also the target of some anger, in that it was closed to the press.

According to the Migration Policy Institute, 75,000 undocumented residents of New Jersey are between the ages of 18 and 24, and 20,000 of those are enrolled in school.

Among the information provided were the various scholarships one might apply for, the provisions of the New Jersey Dream Act that provides undocumented residents access to in-state college tuition rates, and details of the federal Deferred Action for Child Arrivals program, or DACA:

“The rule applies to undocumented people who came to the U.S. before their 16th birthday and who have lived continuously in the country since 2010 and attended school or enrolled in the military. People who apply can be granted protection from deportation for three years, with the chance for renewal. Most importantly, it also allows them to obtain work authorization and a Social Security number.”

Governor Chris Christie signed the state Dream Act in 2013 after enjoying the support of a majority of Latino New Jersey voters in his reelection bid. Before that, he had argued the state couldn’t afford in-state rates for these students.

Giancarlo Tello, the event’s organizer, is himself a Rutgers student who came to the U.S. from Peru when he was six. He currently has protection under Obama’s DACA rule, but he knows that the position of students like him remains tenuous. “There’s always the chance the program gets taken away in the future,” he said, adding, “We’re not being subsidized by the taxpayers of New Jersey—we are taxpayers, too,” he said.—Ruth McCambridge