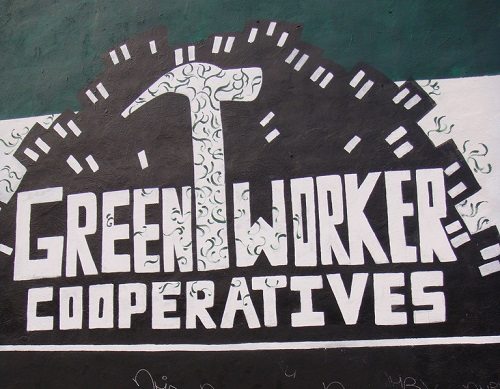 New York City Mayor Bill de Blasio, along with the City Council, have allocated within the 2015 city budget $1.2 million to support worker cooperatives. This is reportedly the largest investment in co-ops made by any U.S. city ever. The funding is to be used to create “234 jobs in worker cooperative businesses, reach 920 cooperative entrepreneurs, provide for the start up of 28 new worker cooperative small businesses and [assist] another 20 existing co-ops.”

Maria del Carmen Arroyo is the incoming chair of the City Council’s Community Development Committee. She represents a South Bronx district. In the Bronx, there are already a number of worker-owned co-ops, and when Arroyo convened a hearing on co-ops in February, New Yorkers came out in force, perhaps reflecting not only a new interest, but a strong existing base of local working co-ops.

According to the U.S. Federation of Worker Cooperatives, only around 300 worker-owned cooperatives exist in the United States, with an average of 11 workers each. New York city is home to 28 co-ops.

Cooperative Home Care Associates, founded 29 years ago in the Bronx, is the largest of these and is 90 percent owned by women of color. It has a sophisticated operation that not only provides home healthcare workers, paying them twice the usual wage, but also trains other groups around the country, works on policy that will help co-ops get better rates in contracting, and has developed an entity that helps to funnel a steady stream of work to them.

Hilary Abell, author of a new study titled Pathways to Scale, says that co-ops need a mutually supportive ecosystem like that evidently being built in New York in order to thrive. “But the biggest need right now is certainly for larger businesses, capable of hiring 100 workers and up.” She believes that there are opportunities to shift the tide—not necessarily through startups, but through worker takeovers. “There are 200,000 small businesses in the US today, employing half of all America’s workers. Most have no succession plan.”

Christopher Michael of the New York City Network of Worker Cooperatives, meanwhile, says that in New York City, “we have all the raw ingredients of a successful policy initiative: engaged groups, a bit of a track record and support in the city council.”—Ruth McCambridge