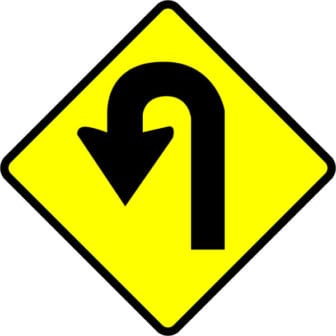 The approval process of changing how a school operates and is structured is often complicated and fraught with politics and unanticipated roadblocks. Just ask the leaders of Connected Communities in Rochester, New York. After two years of work building connections and partnerships to establish a community school by adopting Public School 33 in the low-income neighborhood of EMMA-Beechwood, they brought their final plans to the school board for what they thought (after discussions with the school administration and negotiations with the teacher’s association) would be a simple vote of approval. But Connected Communities rode a roller-coaster up and then down in a most strange and unusual way with this school board.

It is helpful to understand just what was being proposed to the Rochester School Board. According to the Coalition of Community Schools,

A community school is both a place and a set of partnerships between the school and other community resources. Its integrated focus on academics, health and social services, youth and community development and community engagement leads to improved student learning, stronger families and healthier communities. Community schools offer a personalized curriculum that emphasizes real-world learning and community problem-solving. Schools become centers of the community and are open to everyone—all day, every day, evenings and weekends.

Using public schools as hubs, community schools bring together many partners to offer a range of supports and opportunities to children, youth, families and communities. Partners work to achieve these results: Children are ready to enter school; students attend school consistently; students are actively involved in learning and their community; families are increasingly involved with their children’s education; schools are engaged with families and communities; students succeed academically; students are healthy—physically, socially, and emotionally; students live and learn in a safe, supportive, and stable environment, and communities are desirable places to live.

This is what Connected Communities was proposing for School 33. They had already secured partnerships around housing, economic development, and health and wellness. Education via the adoption of the public school was the final piece in the community schools puzzle. The nonprofit had secured a pledge of funds from one of Rochester’s local foundations to pay for several years of coordination of these community relationships. It looked like all the “t’s” had been crossed and the “i’s” dotted. But there is always something lurking in the background.

Connected Communities’ executive director, LaShunda Leslie-Smith, says, “We had worked through many iterations of the (memorandum of understanding) with the administration and then several more iterations with the RTA (Rochester Teachers Association). By all means, it seemed to be something all stakeholders were on board with, with the exception of our school board, apparently.”

Last Thursday, the resolution passed the school board by a vote of 4–3, with the three “no” votes not expressing their reasons for their opposition. Following that vote, Board Vice President Willa Powell asked that the resolution be re-opened and that the three “no” votes be given time to explain their reasoning and allowed to convince her to change her vote. She openly expressed concerns about the involvement of Connected Communities and whether they truly represented these communities.

The board then adjourned to executive session for this discussion in order to not malign Connected Communities, and emerged with a new vote of 4–3 defeating the measure. They reasoned that School 33 might soon be entering state receivership, which would affect any new plans they might approve; therefore, they needed to wait to see what the state would do. Others, however, objected to the community school because they saw it as a means of gentrifying the neighborhood rather than dealing with its current population and levels of poverty.

While Connected Communities had heard some of these arguments in discussions with the School Board, they were surprised by the “no” votes. They pointed out the success of this model in other communities and that the board chair had visited an Atlanta site and was impressed with its success. The mayor of Rochester was also confused by the rejection of this initiative. Other options for moving forward exist for Connected Communities, but this one would have kept the public school option and the neighborhood-feeder pattern that was a key component of the community school they sought to build.

For families in the EMMA-Beechwood neighborhood, it seems like this is another disappointment. Many see their children ride buses to schools outside their neighborhood, making involvement difficult. The idea of a school they could walk to with their children was an attractive one. As one grandparent, who’s raising her grandchildren, says, “School 33 is my neighborhood—I wouldn’t want my kids to take someone else’s place, but it’s my neighborhood. My main interest is, I could get to them quickly. My second interest is that if there’s any programs, PTA meetings, open houses going on, I can walk there.”

Connected Communities is not throwing in the towel. As they continue to work with the school board to deal with their concerns, they will also reluctantly explore options for partnerships with charter schools.

“We were invested in working with [the Rochester City School District], not just because it’s something residents in the neighborhood have been very vocal about having in their neighborhood, but because of the size of the institution and the physical building itself being attached to a recreation center and library,” Leslie-Smith says. “This forces Connected Communities to look at the charter model for our education strategy, and that is definitely not what we want.”

Perhaps something can be learned from this nonprofit, which seemed to follow all the rules and have everything in order but ran into some unforeseen complications at the last minute: nothing is guaranteed. If some last-minute concerns are raised, they may be signs of concerns that are more than superficial. One might wonder what other community and school politics lurk—here, or in any community. How do we keep the priorities of our elected leaders focused on the well-being of our children, our families, our neighborhoods, and our communities?—Carole Levine

Are Children “Supermen”? A School Board Flunks Its Science Exam

School Districts Move Quickly to Divest Themselves of Police