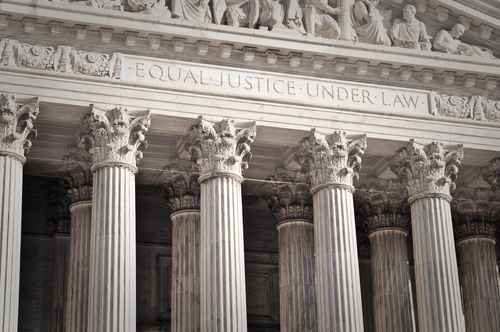 With the Supreme Court’s decision in King v. Burwell expected by the end of June, it is becoming clearer that the stakes are high for millions of Americans. The case challenges the legality of the federal government’s provision of health insurance premium subsidies through the Federal Insurance Exchange. A ruling in favor of the plaintiffs will affect 6,387,789 individuals who have purchased their insurance in those 34 states using the Federal Exchange. Plaintiffs say the law’s language limits those subsidies to people purchasing policies on the 13 state-run insurance exchanges.

While residents in each of the 34 states that use the federal marketplace face the loss of their health insurance, Florida will be hit the hardest—1.3 million are receiving an average annual subsidy of $3,630, funds they will need to pay directly if they wish to retain their current health insurance. According to federal data, Florida residents who received a government subsidy to make their health plan more affordable paid an average premium of $82 in February, well below the national average of $101 a month. Texas, North Carolina, and Georgia would be the next three states hardest hit. In Texas, more than 830,000 people would lose subsidies, likewise for nearly 460,000 North Carolinians and more than 410,000 residents of Georgia.

Leah Barber-Heinz, chief executive of Florida CHAIN, a nonprofit consumer health advocate in favor of the health law, said the Sunshine State risks more than financial assistance for low- and moderate-income residents to buy health insurance. “Lives are at stake when the courts rule on cases like King v. Burwell,” she said in a written statement. “When a million people lose their health insurance, some of them will face dire consequences.”

In Florida, the millions of citizens who may find themselves less able to afford needed health services will join the 800,000 whose access to healthcare is being threatened by the state’s refusal to expand its Medicaid program as called for under the ACA.

Opponents of ACA recognize that the loss of subsidies will create a problem, but believe that the marketplace will provide a new avenue for healthcare access with no need for federal intervention. Andres Malave, a spokesman for the Florida chapter of Americans for Prosperity, a conservative group that opposes the ACA, said, “It’s legitimate anxiety that the Affordable Care Act has caused. And it’s forcing Floridians to unfortunately have to live in a world where they are unsure of how their coverage is going to be affected because the president’s administration decided that a big government solution was better for Floridians instead of allowing the free market to operate.” But specific plans have yet to be offered at a state level to provide a new path to healthcare for those who have been traditionally priced out of the health insurance market.

At a national level, Republican congressional leaders have recognized the political risks of the loss of health insurance for millions of Americans. As reported by the Associated Press, “Republicans broadly agree that Congress should react by temporarily replacing that aid, aware that abruptly ending it would anger millions of voters before the 2016 presidential and congressional elections. Yet when it comes to choosing an overall response to a court ruling, GOP lawmakers have suggested at least five different proposals—so far. None has won consensus backing from Republicans.”

If the Supreme Court upholds the federal subsidies and retains the basic framework of the ACA, the battle will not end, but will instead be fought out in the halls of Congress and in the 2016 ballot boxes. Should the Supreme Court rule against federal subsidies in the federal marketplace, the battle will move into the wallets of millions of Americans who will be challenged to choose between affording the much higher cost of their healthcare or running the risk of going uninsured.