SEC Decision on Crowdfunding: Will It Affect Nonprofit Fundraising? 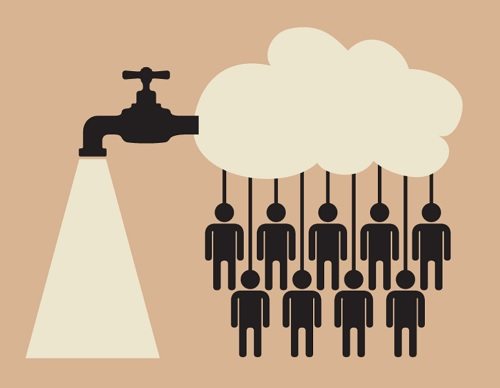 Will opening up the field of crowdfunding business affect the market of donors to nonprofits? Some only see an upside, but will the ability of people with less wealth to contribute to development of business “crowd out” contributions to nonprofits? We would love to hear your thoughts on the matter.

“I think it’s going to unleash another wave of entrepreneurship all across the nation,” said Steve Case, philanthropist and co-founder of AOL. “We need to really make sure we’re doubling down on our nation’s entrepreneurs, and the JOBS Act will help do that by providing more entrepreneurs in more places in more sectors of our economy the ability to raise the capital either to get started or to grow their company.”

But what effect will it have, if any, on fundraising?

On Wednesday, the Securities and Exchange Commission (SEC) released a long-awaited set of proposed rules today to allow companies to use crowdfunding to raise up to $1 million annually from the general public, providing equity or a stake in the company in return for the investment. This changes securities laws that have been in place since the Great Depression that restricted those persons from whom money could be raised to “accredited investors,” or those who earn at least $200,000 per year or are worth at least $1 million.

The proposal being floated under the JOBS Act allows anyone to invest, but in specified proportions to income. For instance, those earning less than $100,000 are allowed to invest $2,000 or 5 percent of their income or net worth, whichever is greater, while those who earn between $100,000 and $200,000 would be able to invest up to 10 percent.

The JOBS Act also would require that these investments flow through “funding portals,” where purportedly they will be regulated by the SEC and the Financial Industry Regulatory Authority (FINRA). The companies raising the funds would also have to observe varying levels of disclosures to investors, depending on how much money they want to raise.

Crowdfunding is by no means new. We have been doing it for years as grassroots fundraising and through such stuff as workplace campaigns. There are certainly new twists, with online platforms offering the ability to fund everything from technical doodads to films and protest movements, but how will this change people’s sensibilities about the uses to which they can put “disposable” income?—Ruth McCambridge