Second Mile Looks to Delay Transfer of Assets and Programs 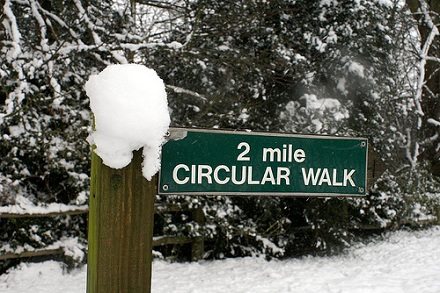 Second Mile, the youth charity founded by convicted child sexual abuser Jerry Sandusky, has asked the courts to delay a planned transfer of programs and assets to the Houston, Texas-based Arrow Child and Family Ministries, at least until damage claims pending against Second Mile are resolved. Despite frequent coverage of issues concerning Second Mile, the NPQ Newswire has come up with more questions than answers about how Second Mile operated over the years and what is going to happen next. Second Mile never released the formal report it commissioned from former Philadelphia District Attorney Lynne Abraham, which was to take stock of what happened to allow a pedophile relatively free rein even after reports surfaced about his predatory activities.

The one thing that we can see clearly emerging from Abraham’s review was the Arrow transfer plan. Arrow appears to have a muscular program of services for foster children, including “clinical case management and in-home therapy to children who have been physically, psychologically, or sexually abused, are medically fragile, or have been in trouble with the authorities.” The two organizations’ program of services for foster children affirmed that the delay will not affect any of the external legal investigations that may be underway examining Second Mile’s potential culpability for Sandusky’s depredations. The CEO of Second Mile, David Woodle, says that despite the organization’s tanking charitable contributions, it will continue to operate its programs using its cash reserves.

Arrow Child & Family Ministries is no fly-by-night operation. It provides services in four states and in Honduras, and it appears to be growing. From 2010 to 2011, its total revenues (almost all in the form of program service revenues) increased from $17.8 million to $20.9 million, an jump of 17.2 percent during two years of national economic recession. Arrow is, however, one of the approximately 41 percent of U.S. nonprofits with annual budgets of $1 million or more that reports zero fundraising expenses on its 990, a practice that has been received skeptically by many nonprofit experts.

Despite its sizeable operations, Arrow doesn’t report a large fund balance (a little less than $1.3 million). In its last available 990 for 2010, Second Mile reported much smaller total revenues of $2.2 million, but a much larger fund balance of approximately $9 million. Assuming that Second Mile has had to dip into that cash reserve already to pay for costs associated with the Sandusky scandal, it has—or at least had—more of a cushion for dealing with Sandusky-related litigation than Arrow.

As such, one can guess that Arrow would probably rather take on Second Mile’s assets after the legal complaints have been resolved instead of facing plaintiffs who begin looking at its own programs and assets for additional compensation—even if that sort of complaint wouldn’t be upheld in the courts. The legal costs alone wouldn’t be good for Arrow. But rather than temporarily shutting down its operations, doesn’t it appear that Second Mile’s continuing to operate based on cash reserves means that plaintiffs will have a reduced body of assets to tap in their lawsuits?

We will continue to watch the Second Mile/Arrow Child progress and report back.—Rick Cohen