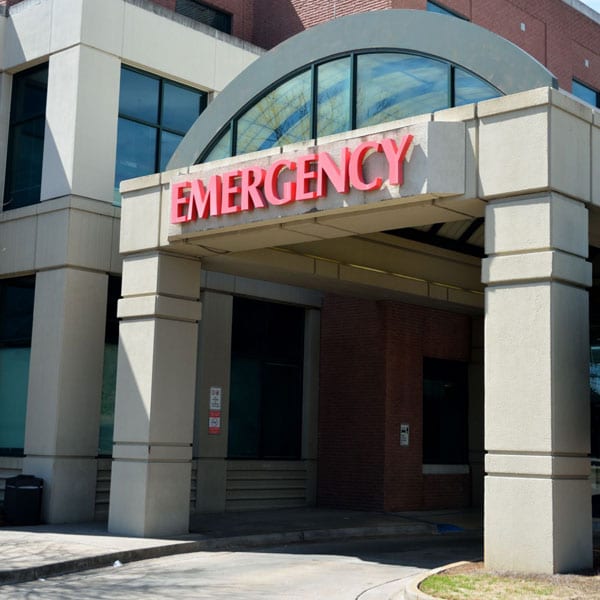 In a letter to IRS Commissioner Charles Rettig on February 19th, Senator Chuck Grassley (R-IA), the chair of the Senate Finance Committee, asks for data on nonprofit hospitals’ compliance or lack thereof with congressionally established standards for community benefit under 501(r).

“Making sure that tax-exempt hospitals abide by their community benefit standards is a very important issue for me,” Grassley writes in the letter. “As chairman of the Senate Judiciary Committee, I oversaw an investigation into the billing practices of the Mosaic Life Care hospital. That investigation resulted in debt relief of almost $17 million for thousands of low-income patients. This issue is still just as important to me now that I am chairman of the Senate Finance Committee.”

Grassley, who has a long history of holding large nonprofits to account through congressional probes, sent a previous letter in 2018 inquiring about nonprofit hospital compliance, and was told by then-acting Commissioner David J. Kautter that the IRS does annual reviews of around 1,000 of the 3,000 tax-exempt hospitals in the US each year by examining not only their Forms 990 (which includes, for hospitals, a mandatory community benefit Schedule H report), but their websites and other information. Those examinations seek to identify those most likely to be noncompliant; those so identified are put through a compliance check. Last year, 99, or around 10 percent of the hospitals examined, were issued written advisories about their potential noncompliance. Grassley now wants to know whether the IRS has followed up on those 99, how many were found to be out of compliance, and what corrective action was taken. In particular, he asks for reports on the debt collection practices of these hospitals and any efforts to make financial assistance programs known and accessible.

Melinda Hatton, general counsel for the American Hospital Association, says, “In 2015, an AHA analysis of Schedule H filings reported that 13.3 percent of tax-exempt hospitals and health systems total expenses were devoted to community benefits programs, and that half of that spending was attributable to expenditures for providing financial assistance to needy patients and absorbing losses from Medicaid and other means-tested government program underpayments.” But this is hardly an unchallenged position; also in 2015, Rick Cohen, wrote about another study that found that tax-exempt hospitals spent only marginally more on charity care, at 1.9 percent, than for-profit hospitals which spent 1.5 percent. What’s more, four years ago, “a third of the nonprofit hospitals spent less than 0.9 percent for charity care compared to roughly 40 percent of the for-profit hospitals.”  This is in addition to other problems with the existing Schedule H, which overvalues low-impact community benefits such as health screenings and undervalues meaningful interventions that improve health outcomes and health equity by addressing social factors (poverty, etc.)

Congressional attention to nonprofit taxability has long been focused on the accountability of “the eds and meds.” It is interesting to note, in light of the successful bid to tax high education endowments last year, that as far back as 2007, Grassley called for a five percent charity requirement on nonprofit hospitals. At that time, he was also campaigning about university endowments, as some may recall. As Cohen wrote so sagely then:

Like many issues roiling the nonprofit sector, the debate over university endowment payout rates echoes past controversies, in this case, the still unresolved clash over the level and composition of private foundation payouts. Tidal waves of university lobbyists will make the furious foundation lobbying against payout look like pond ripples. Are senators Baucus and Grassley simply wasting their time by questioning what goes on with the billions sitting in the tax-exempt endowments of nonprofit universities and hospitals—trillions if they decide to reexamine foundation and other endowments?

It’s like Victor Laszlo’s answer when Rick Blaine asked him whether his quest for justice was worth it: “You might as well question why we breathe. If we stop breathing, we’ll die.” For Baucus and Grassley, it is their moral obligation to ask again and again whether the billions American taxpayers have foregone for the tax-exempt endowments of private universities are generating the public benefit and social equity they should.

Cohen saw hospitals as being similarly assailable on a moral level.

The real question is just how “nonprofit” nonprofit hospitals actually are. In the questions that legislators are raising about nonprofits, sometimes with real justification, nonprofit hospitals often stick out like sore thumbs, closely followed by nonprofit colleges and universities. The nonprofit sector has to own up to a legitimate debate about whether some—or many—nonprofit hospitals are not living up to mandates of service to people in need.

The question for other nonprofits in looking at these policy fights as our own is, how much do we insist that tax exemption mean something tangible for the public? How much do we care about the public’s perception of the integrity of the sector?—Ruth McCambridge