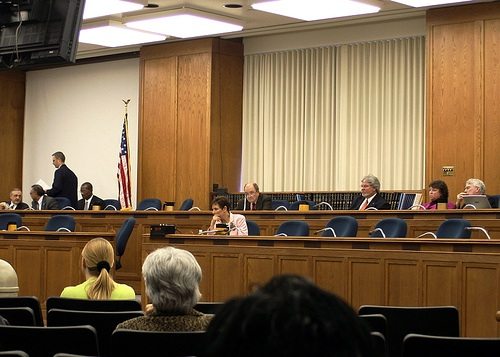 Bipartisanship and cooperation does happen on Capitol Hill. Last week, the Senate Finance Committee produced a concise and readable review of options available to change regulation of tax-exempt organizations and charitable giving. The 19-page report is replete with numbered lists, bullet points, and links to source documents where each possible idea is explained in more detail. The document’s introduction states that it is a “joint product of the majority and minority staffs of the Finance Committee with input from Committee members’ staffs.”

The price for this cooperation and collaboration is an absence of expressing a preference or position on any of the possible options. This means it’s difficult to discern from the document which ideas are likely to be pursued, if any, when the Finance Committee turns its hand to tax-reform legislation. As the document’s introduction states, “In particular, Committee members differ on the question of whether any revenues raised by tax reform should be used to lower tax rates, reduce deficits, or some combination of the two. In an effort to facilitate discussion, this document sets this question aside.”

The value of the document is in its outlining of the various proposals that have been floating around Congress—some recently, and others for many years. The narrative is fact-based and remarkably free of partisan influence, though it has a few areas where it might be improved.

It would have been nice, for example, for the document to note that limiting deductibility of charitable gifts to taxpayers who itemize was included in the 1986 tax reform law as a way to simplify the tax code and benefit non-itemizers. (In the law, non-itemizers were given a very large increase in the standard deduction, which included an assumption of charitable giving. This relieved them of the need to keep receipts and track gifts.)

The report notes that, “According to the Joint Committee on Taxation, there are about 1.5 million tax-exempt organizations and about 1.1 million organizations eligible to receive deductible contributions (501(c)(3)). About 300,000 of these organizations are religious organizations.” However, it’s not clear whether the figures cited are intended to include the roughly 400,000 religious congregations, up from 350,000 in 2008, that are presumptively treated as charities by the IRS and are not required to apply for tax-exempt recognition or file an annual Form 990 informational return. Also, these numbers do not include local branches of larger charities that are included in a “group exemption.” This is a minor point, but one with political implications for the organizations involved and their elected representatives.

Bipartisanship on Capitol Hill is rare, and coming to an agreement on larger issues such as tax reform seems like a dream. However, the Senate Finance Committee report helps those interested in tax reform review the option as they apply to nonprofits.—Michael Wyland