Senate: Mistreatment of Disabled Children in Schools Must End 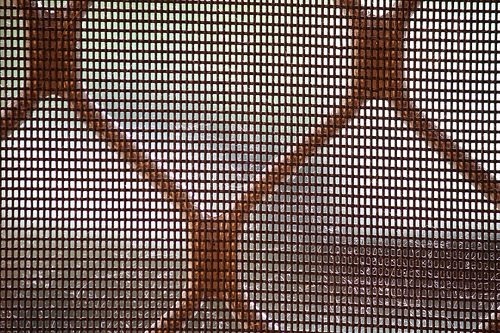 It is kind of difficult to fathom, but in the 2009–2010 school year, schools in the U.S. put K-12 children in physical restraints or unsupervised seclusion in non-emergency situations at least 66,000 times. The actual number of such incidents is probably much higher, because many schools just don’t report their use of seclusion or restraints. One can debate whether or not such practices are warranted in juvenile detention facilities or mental health institutions, but schools?

The Senate Health, Education, Labor and Pensions Committee chaired by Senator Tom Harkin (D-IA) issued yesterday a comprehensive and chilling report of these barbaric practices. Some examples underscore exactly how awful it must be for a child to be treated in this manner, and how shocking and sickening it must be when a parent discovers it—and sometimes learns that there is nothing to be done and no means of stopping the school other than pulling one’s kid out.

This is how the report begins:

“This past August, an Arizona teacher used duct tape to restrain a second grader to a chair because she was getting up to sharpen her pencil too frequently. In December 2011, a Kentucky school district restrained a nine year-old child with autism in a duffel bag as punishment. The child’s mother witnessed him struggling inside the bag while a teacher’s aide stood by and did nothing. In Indiana, a teen was repeatedly left secluded in an unmonitored room for hours at a time during January 2011. On one occasion, he was prevented from using the bathroom and urinated on the floor. As punishment for urinating, he was secluded again in the same room the following day, where he screamed and banged on the door to be let out. When no one came to his aid, he attempted suicide by hanging himself. Thankfully, he survived. A sixteen-year-old boy with disabilities in New York did not. He died in April 2012, after being restrained face-down by at least four school staff members for allegedly refusing to leave a basketball court.”

With that as an intro, the committee looked at 10 cases in depth: a Connecticut school in which so-called “disruptive” disabled kids were put in closet-sized, concrete-walled “scream rooms”; a Florida school which restrained a kid 89 times over 14 months and didn’t tell the parents; a Georgia school which left a 13-year-old kid with ADD and depression in a prison-like room, where the kid later committed suicide with a rope that a teacher had given him to hold up his pants, again with the parents not informed of the seclusion; an Iowa public school that sent an eight-year-old autistic girl into a storage area under a stairway 100 times in a four month period; a Louisiana charter school at which the assistant principal tried to lock a seven-year-old boy with PTSD and ADHD and then called the police who used excessive force on the kid and handcuffed him; a Minnesota school that forcibly secluded an eight-year-old girl with communications, attentional, and hyperactivity disorders 44 times in one school year despite opposition from the parents and a behavioral consultant; a New York school that secluded a 15 year-old boy with developmental disabilities in a 5’ by 6’ padded chamber; the North Carolina school that strapped one girl to a chair 90 percent of her time in school; the Pennsylvania school which subjected disabled students aged 5 to 11 with a variety of abusive behaviors ranging “from hitting them and pulling their hair to strapping them to chairs with duct tape and bungee cords”; and the Tennessee school whose “special education teacher allegedly committed a number of abusive acts against children in her special education class, including strapping the children to toilets, restraining them with weighted blankets, and force feeding them until they vomited.”

The HELP conclusions are an indictment against the educational barbarians who, like the Iowa school district, claimed its treatment of the eight-year-old autistic girl followed “established educational principles.” The report says, “There is no evidence that physically restraining or putting children in unsupervised seclusion in the K-12 school system provides any educational or therapeutic benefit to a child. In fact, use of either seclusion or restraints in non-emergency situations poses significant physical and psychological danger to students.” But there is no federal law governing the use or misuse of these practices.

The committee also felt that in many instances, the parents of these children were helpless in trying to challenge the schools or get effective redress through school procedures. Parents are often not told of the use of restraint or seclusion with their children and, when they are informed, “have difficulty overcoming the presumption that teachers and schools acted properly when secluding and restraining children.”

Changing this horrendous situation requires two things from Congress at the outset: legislation to limit the use of restraints only in emergency situations, and legislation to eliminate the use of seclusion plus notifying parents with 24 hours when restraints or seclusion, if the latter continues, are used. The HELP Committee also recommended mandatory collection of data on uses of restraint and seclusion, as opposed to allowing schools to opt out of disclosure.

Note that just about every example of the use of restraint or seclusion involved a child with some sort of disability. The fact that Harkin committee took on this issue is a tribute to the disability activists that protested against the continuing mistreatment of disabled children at the hands of public authorities. Now they will have to step up their advocacy even further to press Congress to act on the HELP findings and passed the legislation needed to end school abuse occurring under the camouflage of education and therapy.—Rick Cohen