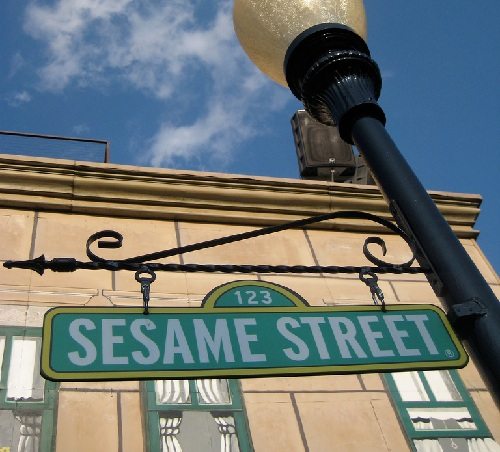 Julia is the newest puppet to grace the New York sound stage where Sesame Street is filmed, and her character has an autism spectrum disorder. While Sesame Street has dealt with complex issues in the past—death, HIV/AIDS, divorce, and incarcerated parents—as The Hill pointed out, it has never had a character with a developmental disability, making her depiction a first in the 50-year history of the show, which has been found to have a profound educational impact on children.

Before she was a trailblazing puppet, Julia started out as an animated character in the nonprofit Sesame Street’s social impact initiatives. These videos are separate from the show and target specific communities of children, walking them through complex issues. Julia was so well received that writers and producers felt it was time she make the leap from video to puppet.

For authenticity and maximum impact, Sesame Street worked with nonprofit advocacy organizations such as the Autism Self Advocacy Network and Autism Speaks to accurately portray and personify the traits of a child with autism in Julia. The hope is that Julia will combat stigmas associated with autism spectrum disorders.

The puppeteer bringing Julia to life on-set is Stacey Gordon of Phoenix. Julia’s character and its inclusion on the show are more than just a job to Gordon. It is personal to her. Gordon’s son has autism. Gordon told 60 Minutes that she even channeled her son’s experiences for a tough scene where Julia’s heightened sensitivity to noise triggers a meltdown when she hears sirens. Gordon hopes that not only will Julia’s character become a regular on the show but that, one day, Julia’s character will simply be known as Julia and not “Julia, the puppet with autism.”

Sesame Street started in 1969 as an experiment to see whether a television show could educate young children. The show’s creator noticed that children were singing beer commercials jingles they heard on television and wanted to use the medium to teach children basic reading and math skills. Sesame Street targeted inner-city and low-income children who were arriving at kindergarten less prepared than their middle-class counterparts. Funding for Sesame Street’s participation with PBS (it also has a major contract with HBO) is in jeopardy in President Trump’s first draft budget blueprint.—Carrie Collins-Fadell

The Vital Role of Trust in Achieving High Vaccination Rates...