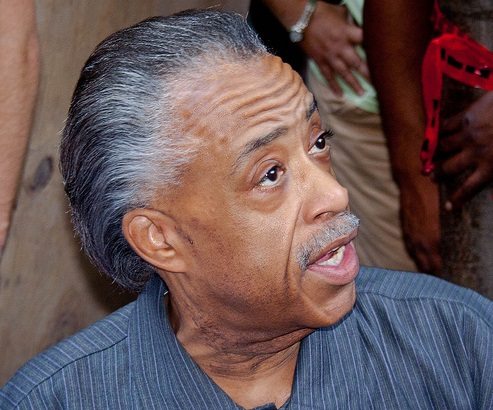 Amidst the reports that Rev. Al Sharpton, civil rights activist and MSNBC news host, owes over $4.5 million in state and federal taxes, there are nuggets that refer to troubling financial questions concerning Sharpton’s nonprofit, the National Action Network.

According to an investigation published by the New York Times, “Mr. Sharpton and the National Action Network have repeatedly failed to pay travel agencies, hotels and landlords. He has leaned on the generosity of friends and sometimes even the organization, intermingling its finances with his own to cover his daughters’ private school tuition.”

Sharpton defended himself as “not a great administrator,” but the history of financial questions about the National Action Network suggests that he has had some challenges in learning the basics of nonprofit management or, in recognition of his admitted administrative deficiencies, hiring people around him who knew how to run nonprofits correctly and ethically.

Much of the information about the National Action Network’s financial improprieties is old news: paying the personal legal costs of Alton Maddox in the Tawana Brawley case, picking up a substantial piece of the costs of Sharpton’s 2004 presidential campaign, and failing to pay payroll taxes over the years. (According to an accountant for the Network, the organization’s existence was partly “dependent” on the nonpayment of payroll taxes.) The Times indicates that Sharpton cleared some of the nonprofit’s indebtedness by raising $1 million at his birthday party and by getting substantial corporate sponsorships for National Action Network events.

The press doesn’t often clarify that Sharpton’s nonprofit is a 501(c)(4) social welfare organization, not a 501(c)(3) public charity. From its 990s, the National Action Network has been generating a significant amount of contributions since the time that Sharpton’s profile rose immeasurably with his MSNBC gig and his visibility as a consistent and welcomed defender of President Obama:

These revenues and expenditures don’t reveal the nonpayment of payroll taxes nor possible expenditures that might have been inappropriate or worse. An audit conducted in 2010 for NAN by the firm KBL revealed that the nonprofit owed $1.3 million in back taxes and penalties, though a NAN spokeswoman said that all taxes and penalties would be paid by the end of that calendar year.

As noted, concerns about the National Action Network’s financial practices aren’t new. The question of NAN having inappropriately funneled money to Sharpton’s 2004 political campaigns was addressed in a Federal Elections Commission audit that said the National Action Network paid $107,615 toward the expenses of Sharpton’s campaign committee and $73,500 toward the expenses of consultants and other vendors doing campaign-related work, earning NAN a civil penalty of $77,000. The excellent nonprofit reporter for the New York Post, Isabel Vincent, reported in 2011 that NAN still owed $883,502 in unpaid payroll taxes—obviously having missed its commitment to retire that debt in 2010—and was in the process of repaying the Peabody Hotel of Memphis $106,981 that it owed after, as Vincent put it, having “skipped out” on its bill. In 2012, Vincent reported that NAN’s unpaid federal tax bill had grown to $1.4 million.

Readers of the columns of such Village Voice investigative reporters as Wayne Barrett and Tom Robbins have seen many questions raised over the years about Sharpton’s stewardship of his nonprofit: landing a $500,000 grant from a hedge fund controlled by former New York City schools chancellor Harold Levy, funneled through a nonprofit linked to billionaire politician and philanthropist Michael Bloomberg, which Sharpton said would partially be used to pay for the expenses of his or NAN’s working with Bloomberg school chancellor Joel Klein, known for his interest in privatization, on a program called the Education Equality Project; using a 2003 electrical fire at the organization’s headquarters to justify failing to file numerous years of tax reports or to pay his payroll tax debt; and allegedly pursuing an extramarital affair with the NAN executive director, with some of their travel and hotel costs paid for by NAN.

Financial problems at NAN are old news. What would be new is to see the “not-a-great-administrator” Sharpton take appropriate steps to clean up this long-running nonprofit mess, hire people who know how to keep the books, pay the expenses, and separate the nonprofit’s activity from Rev. Sharpton’s personal and political operations—or, conversely, have the state Attorney General intervene to do what should have been done a long time ago. Funders of the National Action Network also share in the obligation to monitor and upgrade the financial probity of their grantee, including the Altus One Fund ($100,000 in 2007), the Anheuser Busch Foundation ($75,000 in 2012), the Wal-Mart Foundation ($20,000 in 2010), the American Federation of Teachers ($100,000 in the 2010 electoral cycle), the Service Employees International Union Local 1199 ($50,000 in the 2012 electoral cycle), and America Coming Together ($25,000 in the 2004 electoral cycle). They and the other groups they fund have to protect their reputations and credibility if one significant grantee makes regular news for alleged financial improprieties.

And let’s take the moment to clarify one point: Whatever one thinks of some of Sharpton’s past controversial involvements, Sharpton is a nationally prominent figure— invited to the White House, appearing on MSNBC, and convening meetings in Ferguson. To the extent that those and other roles intersect with his National Action Network, he and his colleagues should make doubly certain that the management and finances of the nonprofit are above reproach. It comes with the territory of being a national figure with one’s own nonprofit arm, but Sharpton, for more than a decade and a half, has fallen short of making the National Action Network’s financial practices consistently competent, much less exemplary. —Rick Cohen