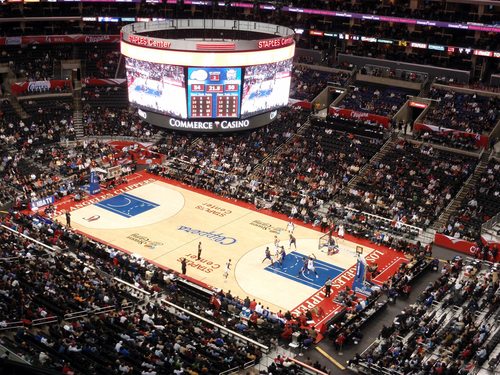 According to the Associated Press, two sources say that Shelly Sterling, wife of L.A. Clippers owner Donald Sterling, will continue to be close to the Clippers organization. As part of the terms of the currently reported but not finalized sale of the team, 10 percent of the sale price—or $200 million—is to be funneled into a charity that will, according to reports, be controlled by Mrs. Sterling though formally co-chaired by Sterling and Steve Ballmer of Microsoft.

The charity is apparently meant to address problems of underprivileged families, battered women, minorities and inner city youths. One of the unnamed sources of the story commented wryly about the focus as “benefit[ting] those on the receiving end of Donald’s rather abhorrent remarks.”

Donald Sterling was, of course, forced by the NBA to sell the Clippers after making racist remarks to a young female companion who taped him. In the end, the $2 billion sale to Ballmer, though mandated, will make the Sterlings, who bought the team for $12.5 million in 1981, a profit of 15,900 percent.

It is reported in the same article that Shelley Sterling, now the sole trustee for the Sterling Family Trust (which owns the team) will have the title “owner emeritus” and retain access to floor seats and parking perks. The NBA is quick to assure that Sterling will no longer have a stake in the Clippers organization.—Ruth McCambridge