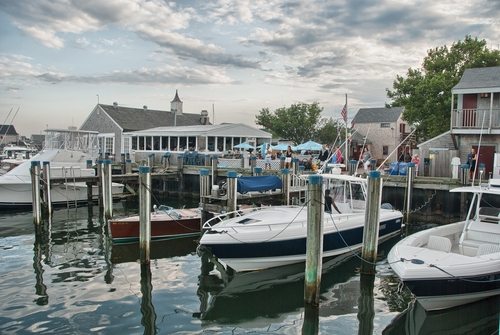 More than 100 nonprofit organizations are based on or raise funds on the small island of Nantucket, and for them summer is events season, as the population rises from 10,000 to 50,000 and well-heeled vacationers are afoot. This has resulted in sometimes two or three charitable events each night.

A recent weekend began with dueling fundraisers for A Safe Place and the Nantucket Hunt­ing Association scheduled at the same time on Friday night. The next day, it was the Nantucket Conservation Foundation’s Race for Open Space in the morning, followed by the Artists Association of Nantucket’s annual auction and gala up against the Nantucket Dream­land Foundation’s “Evening with the Stars” gala, as well as the Sally Taylor concert to ben­efit Partners for Youth with Dis­abilities. And the biggest fundraisers of the summer have yet to come.

Jim Lentowski, the executive director of the Nantucket Conservation Foundation, says that while the pace of things used to be slower and the scheduling quite civilly coordinated, now everyone is “evented to death.”

Summer resident Max Berry, a Washington, D.C. attorney who has been in­volved with many nonprofit organizations both on Nantucket and elsewhere, says it wasn’t always this way. “I don’t blame anyone for hitting people up, and I don’t think they’re bad causes, but the frequency of them is causing a problem.”

“We’re full of angels, but you shouldn’t try to overdo it, be­cause a person can get turned off very easily if they think everyone is coming to the same well.”

On top of the events, a number of major capital campaigns have launched at pretty much the same time, and more are preparing:

Margaretta Andrews, the exec­utive director of the Nantucket Community Foundation, thinks donors may be getting a bit burnt out, but she does not yet think they are in full donor fatigue.

Even when events for the Artists As­sociation of Nantucket and the Dreamland Theater Foundation were scheduled on the same night, both sold out at a cost per ticket of $150 and $500, respectively. But one might expect that such things are possible in a place where the housing prices were in 2011 ranked highest in the country. —Ruth McCambridge