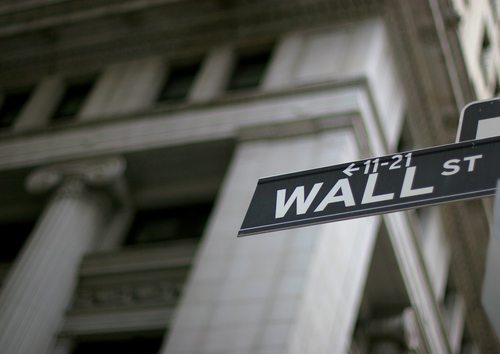 Did you ever wonder why so many nonprofits that one might have thought of as relatively liberal were so reticent to speak out strongly against Wall Street bankers during the heyday of the Occupy Wall Street movement? Businessweek gives a hint, noting the number of awards given by charities – in the past two months alone – to Wall Street titans such as Vikram Pandit (Citiroup), Brian Moynihan (Bank of America), Jamie Dimon (JPMorgan Chase), James Gorman (Morgan Stanley), Gary Cohn (Goldman Sachs), and John Thain (CIT Group, but you remember him as the last CEO of the pre-merger Merrill Lynch).

The list of charities handing out these awards was actually a strange mix, including the Father’s Day/Mother’s Day Council (which honored Shaquille O’Neal and Lincoln Center’s Reynold Levy in addition to Thain), Friends of the High Line, whose board member, Ford Foundation executive Darren Walker, and actress Sarah Jessica Parker, gave speeches at the Cohn award, the Apollo Theater (which honored Pandit), and Boys & Girls Harbor (also feting Pandit) with a board including Edward Conrad, the managing director of Bain Capital.

The most ironic of the awards was the University of Rochester’s Simon Graduate School of Business naming Jamie Dimon executive of the year, an award given to a leader who “demonstrates a deep respect for our nation’s fiscal health.” A week after the May 3 program, Dimon revealed that his bank has lost more than $2 billion on an arcane bad investment bet, prompting Congressional hearings and a lot of questioning about Dimon’s executive leadership.

He also got another award in May at the Salute to Freedom gala for the Intrepid Sea, Air, and Space Museum. In his speech, Dimon said he’d “go into the foxhole” with any of the active duty military members and veterans at the Intrepid ceremony. He didn’t remark on the $56 million fine that JPMorgan Chase paid last year due to having overcharged military personnel on their mortgages and having seized the homes of active duty soldiers and sailors.

All the bankers and charities denied that the awards were due to the philanthropic donations of these Wall Street power brokers, and we also believe the moon is made out of blue cheese. Businessweek acknowledged as much, quoting Naomi Levine, the executive director of New York University’s George H. Heyman Jr. Center for Philanthropy and Fundraising, to say, “I look at what some of the banks and other insurance companies have done to the American economy and I’m not comfortable with it…[but] you try to balance your criticism of some of the things that Wall Street has done with the need.”

It should be no surprise. Fifteen of the top fifty corporate foundations (ranking by total giving) in 2009 were financial services firms, topped by the Bank of America Foundation, the nation’s third largest corporate foundation, with $177.2 million in grants [PDF]. How strongly can and should charities criticize the hand that feeds them?—Rick Cohen