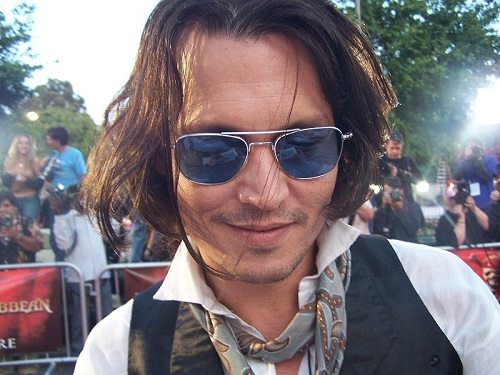 Controversy has erupted around Johnny Depp’s recent announcement that he had plans to purchase the land where the Wounded Knee massacre took place. The historic location is where more than 300 Native Americans were massacred by the U.S. 7th Cavalry in 1890. Depp told the Daily Mail, “It’s very sacred ground and many atrocities were committed against the Sioux there…This historical land is so important to the Sioux culture and all I want to do is buy it and give it back.”

James Czywczynski currently owns the land and is trying to sell the 40-acre property for $4.9 million. Czywczynski reportedly wants the buyer to donate it to the Oglala Sioux tribe. Pine Ridge Indian Reservation leaders have said the asking price is much too steep, since the land has been assessed at $14,000. If anyone can afford the high price, it is millionaire actor Johnny Depp, who has claimed to have Cherokee or Creek heritage.

There has been mixed feedback regarding this news within the Native American community. Some are speculating that his recent controversial portrayal of Tonto in The Lone Ranger, which plays into inaccurate stereotypes regarding clothing and face paint, may have motivated Depp’s recent plans to purchase the land. Others feel the purchase may be misguided, and that such a large donation to the Native American community could be managed in much better ways. Native American rights advocate and journalist Chuck Trimble says, “If he wants to give millions, he should give it to a cause, and not pay it to a man who is holding the Wounded Knee site for a price—and it’s very questionable how he got it in the first place.”

The battle over the Wounded Knee site dates back to at least 1968, Trimble says. A group of investors, including Czywczynski, purchased the land from Clive Gildersleeve and his wife, Agnes, who operated a store on the location for thirty years. The investors planned to establish a monument on the site and offered the Oglala Sioux Tribe a seat on a nonprofit advisory board. Apparently, the proposal fell apart after the real purpose behind the purchase—a means to make profits on a new motel and restaurant tourism complex—was revealed.

Should Johnny Depp continue with his plans to purchase the land? Native American advocate Frank LaMere says it best: It should really be up to the Oglala Tribe to decide. “I see this as a spiritual matter. The Oglala Lakota relatives understand this, and they will know how to proceed. The resting place for those who died at Wounded Knee must be secured and protected.”—Aine Creedon