Should New York City Opera Board Be Held Accountable? 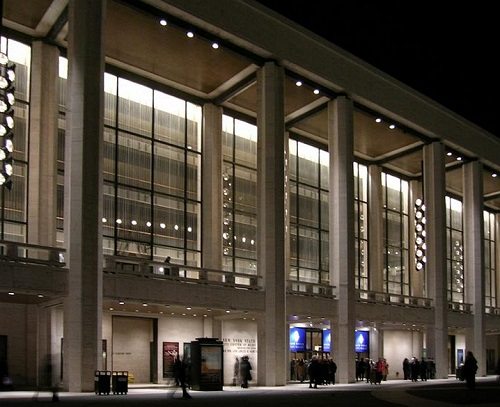 Amongst the board’s chief roles are to appoint CEOs and to have fiduciary responsibility toward the company’s donors. The board of the New York City Opera appears to have failed at both. And what on earth led the board to believe, given this track record, that they could raise $1 million via Kickstarter—let alone $20 million in total? Much of the backstory has been told by Fred Cohn in the Metropolitan Opera Guild’s Opera News article, “The Ballad of NYCO.” He describes it as “…an epic saga of economic hardship, mismanagement and just plain bad luck.”

Money problems had dogged City Opera throughout its history. “There was always a shoestring aspect to it—in some ways, it’s what made it exciting,” said soprano Lisa Saffer, who was a company regular in the 1990s. Even in its heyday under the general directorship of Beverly Sills, the company racked up a $3 million deficit. Yet Sills was a consummate fundraiser as well as a terrific artistic leader. She worked her social connections for everything they were worth. “She knew who had money and knew who would give it,” according to Kevin Russell, director of special events under Sills. “And she had no problem asking anybody for it.”

“She was the face of the company—and she knew it,” says Joseph S. Gasperec, who was a stage manager before becoming the company’s assistant technical director. The donors who coughed up for New York City Opera were giving money to her, someone whom they trusted and respected. None of her successors had either the same strengths at fundraising or opera company management.

Various strategies were adopted—an alliance with Glimmerglass Opera Festival in Cooperstown, New York; negotiations to move into various other theaters, including the possibility of building a entirely new home on Ground Zero. The company had already been operating as a “50/50” company, deriving its revenue equally from ticket sales and fundraising, when the terrorist attacks of Sept 11, 2001, came. Performing arts institutions all over the city saw a dip in attendance after 9/11. City Opera’s turned out to be permanent.

But there was that endowment. By 2003, City Opera was sitting on an endowment of $57 million—a record high. The fund seemed like insurance against hard times ahead. But it didn’t last long. As the New York Times noted, by 2009 City Opera had raided its endowment, reducing it to $16 million, to pay off debts and cover operating expenses. The practice is known as “endowment invasion.” The chairperson who presided over this was Susan Baker, who though having since stepped down, still remains on the board.

During her tenure, there was also the saga of the disastrous appointment of Gerard Mortier as CEO. A former artistic director of La Monnaie in Brussels, the Salzburg Festival, and the Paris Opera, in each of his previous roles Mr. Mortier had been well insulated from the pressures of box-office and fundraising by the very generous government subsidies that were the norm in Europe at the time. Mortier resigned in November 2008 at the height of the Wall Street crash.

The present CEO, George Steel, too, was untried in the complex and demanding role of managing a large arts company. He had been a success at Columbia University’s small music theater space, the Miller Theater. From there, he had been briefly, and some say unsuccessfully, at the Dallas Opera. His City Opera programming failed to draw audiences. Ticket sales for the 2010–11 season hovered near a dismal 40 percent of capacity. In 2012, the company announced that it would finally be leaving Lincoln Center, the company’s home for more than forty years. Then, in early September this year, it was announced that it would be forced to cancel most of its current season and all of its next season if it failed to raise $20 million by year’s end; the first $7 million by end of September. On October 3rd, the company filed for bankruptcy.

As a somewhat bizarre coda to these events, the final production put on by the NYCO may have led to its demise. The last work performed was “Anna Nicole,” a paean to the tragic life and death of blonde model/actress/reality-show-diva Anna Nicole Smith. Although the show drew fairly large audiences and generally positive reviews, those in a position to know say that it alienated billionaire donor David H. Koch. Why? Because Anna Nicole Smith was married to J. Howard Marshall II, an oil tycoon who had owned 16 percent of Koch Industries before his death—and the Marshall clan loathed her, fighting bitterly to keep her from inheriting any of J. Howard’s estate. Out of respect for the wishes of the family of one of Koch’s big investors, according to the New York Times, he refrained from making the kind of gift that might have saved the institution, proving once and for all that “the opera’s not over until the fat lady sings.” —John Godfrey, with additional material by Jason Schneiderman