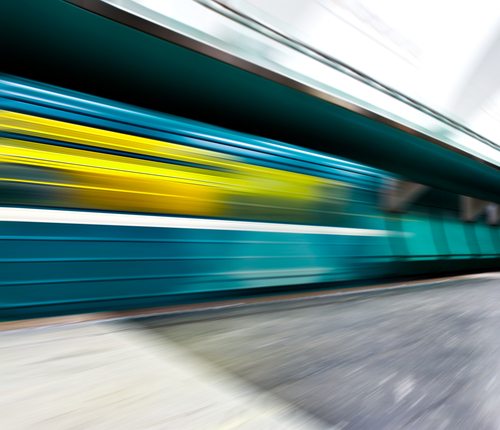 While NPQ is fully prepared for sector-jumping endeavors of all kinds in the next few decades, we urge all enterprising nonprofit types to think carefully about what roles vis-à-vis large systems make sense for us to take on. What roles legitimately belong, on the other hand, in the public sector or with business, and why? Nonprofits have the opportunity to consider how to remake the economy and healthcare, but would that be by running massive systems of care, or by making sure they are operating properly?

One recent proposal, for instance, by a researcher at Stanford University calls for nonprofits to operate urban transit systems, saying, “if the philanthropic and nonprofit sector is going to achieve meaningful change in public transit, it needs to expand the scope of its efforts—from advocating change to actually running transit systems.”

Why? We are not sure that he makes a good argument, but you can help us judge.

Rohit T. Aggarwala, a lecturer in urban studies at Stanford University and leader of the environment program at Bloomberg Philanthropies, acknowledges that nonprofits have played a significant role in the design of transit systems through advocacy efforts, but he believes that this falls short of what’s necessary to make them actually work in the best interests of communities and the environment. Public transit, he says, accomplishes a good deal in policy terms: reducing reliance on the automobile; increasing access for the very young, very old, and very poor; enhancing property values; stimulating economic development; and shaping land-use patterns. With all that potential benefit at stake, why not just operate them ourselves?

He says it’s a surprise that nonprofits do not yet operate public transit systems, given the fact that we do operate, on contract, other public services in areas like healthcare, education, social services, parks, and public housing, and “given the extent to which creating successful public transit is vital to several areas of concern to the nonprofit and philanthropic sector. Public transit helps reduce greenhouse gas emissions, create sustainable communities, and encourage non-auto-dependent lifestyles. Transit also helps underprivileged people get access to jobs.”

Aggarwala points out that philanthropic involvement in U.S. transit has mainly been in the form of advocacy, monitoring, and professional development. He does not acknowledge that in many areas, the operation of public transportation is already a mix of government and private-run systems, with many of the private being nonprofit.

Aggarwala suggests starting the experiment with commuter rail; although he does not say so specifically, it is probably easier to “nonprofitize” commuter rail than significantly more demanding and complicated urban transit systems.

In an odd twist, the author compares Caltrain, the San Francisco Bay Area commuter rail system, to the world-renowned San Francisco Opera, and says that even though there is much that is different about them, there is much that is similar as well. “Both have similarly sized operating budgets and both use a publicly financed infrastructure.  Judging by ticket sales alone, the SF Opera loses more money than Caltrain, but it generates in donations roughly the same amount that Caltrain receives in government operating grants.…The two serve a similarly sized constituency…with similar demographics.”

The chart he uses for comparing the two institutions is worth looking at, mostly because it makes as good a case for the organizations being vastly different as for them being the same.

There are some precedents here, since Amtrak is a nonprofit corporation. There are other examples: transportation management associations set up by neighboring businesses to provide van shuttles, as well as numerous nonprofits that provide transit services for disabled and elderly people in towns without para-transit systems, particularly in rural and suburban areas.

But there are challenges and limitations, some of which Aggarwala acknowledges and others he doesn’t.

Aggarwala acknowledges “transit involves large, complex, round-the-clock, safety-critical operations, and competes with both private alternatives (autos) and government-funded services (other transit options). Transit operations also rely on public infrastructure [which injects the issue of accountability in a way that other public services don’t have]. Transit receives both revenues (fare box and ancillary) and government funding, and it sustains operations with significant ongoing losses.”

So how does he propose “nonprofitizing” commuter rail? He says the “opportunity” would probably arise in response to a severe budget crisis that threatens radical service cuts. The initiative for change could come from a local philanthropist, while elected officials are unlikely to propose radical change, and current transit management would not have the credibility to do so. Private corporations would not likely gain public support, he believes.

What Aggarwala does not acknowledge is a political obstacle—the almost-guaranteed strenuous opposition of the public employee unions representing the rail system’s workers. In a region like the San Francisco Bay Area, as per his example, public employee unions have the political clout to put the kibosh on any attempt to turn Caltrain over to a private, nonprofit organization.

He also gives short shrift to the inability of nonprofits to generate the billions of dollars needed over time for inevitable capital expenses: new and improved track, stations, and rolling stock. Only government can come up with those kinds of dollar amounts.

Finally, he doesn’t address the civil rights issues that are inextricably linked to such essential public infrastructure as transit. Again, in the very same San Francisco Bay Area that Aggarwala uses as an example, the federal government directed public transportation officials to think about equity and civil rights.

The Bay Area Rapid Transit system lost $70 million in federal stimulus money for its plans to build an elevated connector to the Oakland Airport. Activists charged that the project neglected the largely African American and Latino communities of East Oakland by ignoring low-income local residents and favoring affluent visitors. The Federal Transit Administration agreed and found that BART had violated the Civil Rights Act of 1964, and denied the funding.

Is turning a public transit operation into a nonprofit feasible and desirable? Is that the right place for nonprofits vis-á-vis that critical public system? Are there any obvious positives that would not be overwhelmed by a bunch of negatives?—Larry Kaplan