Should the Charitable Tax Deduction Exist? 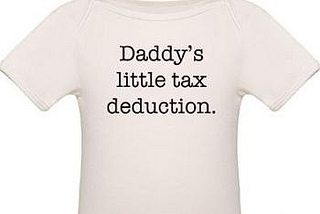 When The Economist starts to closely examine the justifications for a tax deduction for gifts to charity—whether in the U.S. or in the U.K.—the issue of the charitable deduction is no longer sacrosanct. President Obama’s proposal to cap the charitable deductions (and all other itemized deductions, such as the mortgage interest deduction) at 28 percent has gone absolutely nowhere, greeted with just about complete silence by members of his own party in Congress. In the U.K., Chancellor of the Exchequer George Osborne withdrew his proposal to limit tax relief for wealthy British taxpayers in the wake of vocal opposition from Tory backbenchers.

One might think that the issue is basically much ado about nothing, except that Independent Sector’s Diana Aviv told The Economist, “I’m expecting a big fight in Congress over charitable deductions and over the definition of charity. I’m very concerned.” Aviv also bemoaned the increasingly popular practice of local and state governments exacting taxes from tax-exempt property owners under the guise of “payments in lieu of taxes.”

It’s hard to imagine that the Conservative/Liberal coalition government of Prime Minister David Cameron is really populated by raving populists. The same is true for President Obama’s administration, which has maintained strong relationships with banking and other corporate executives, not to mention the stalwart corporate defense role played by Treasury Secretary Tim Geithner. However, it may be that tax subsidies that are basically the province of wealthy taxpayers are under attack as part of an international populist uprising against the top one percent. Tax subsidies for the charitable donations of the rich may not be immune, despite the lessons of the public beatdown that Osborne took from members of his own party.

The Economist suggests that the cost of tax subsidies for donors to charity in the U.K. is about $5.5 billion in U.S. dollars. In the U.S., the tax deductions cost $39.6 billion in 2012, and that is expected to rise to $51.6 billion in 2014, according to the U.S. Treasury. Those are big but not unfathomable numbers (no match for, say, the cost of U.S. war efforts in Afghanistan and Iraq). Nonetheless, The Economist is the latest and perhaps most influential source raising questions about why government should subsidize the charitable giving of the wealthy, or, in its recounting of a similar British debate in the 1800s, “why should taxpayer B face a bigger tax bill because taxpayer A chooses to give to charity?”

The basic issues, articulated by The Economist and others, are these:

The Economist concludes, “Most experts on charity reckon the status quo to be the least-bad option… It may offend some that people are as keen to give to donkey sanctuaries as to shelters for victims of domestic abuse. But, as Patrick Rooney of the University of Indiana asks: ‘Who has the wisdom to decide what is a good charity?’” But Stanford professor Rob Reich thinks it might be more appropriate to use the tax code to incentivize charitable giving to “the more useful sorts of charity, especially those focused on reducing poverty.”

Where do NPQ Newswire readers come out on these issues?—Rick Cohen