Should this Nonprofit Hospital Have to Agree to an “Offered” BBB Audit? 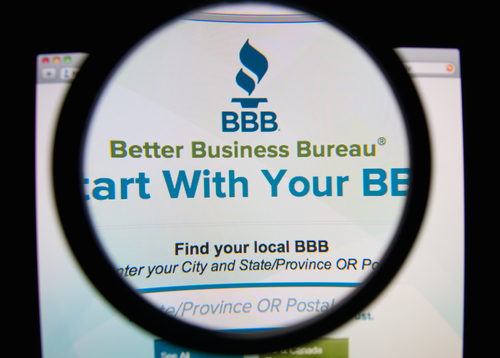 When you see a non-disclosure charity on http://t.co/3v74yV5s2X, that’s an indication you should run, says @wisegiving#EndScams

Since 2003, Houston’s Memorial Hermann Healthcare System  has declined a free BBB philanthropy audit offered by the Houston Branch of the Better Business Bureau.

The Council of Better Business Bureaus (BBB) is the umbrella organization for 112 local, independent BBBs across North America, as well as home to its national programs on dispute resolution, advertising review, and industry self-regulation. Its Wise Giving Alliance (BBB WGA) is a standards-based charity evaluator that seeks to verify the trustworthiness of nationally soliciting charities. BBB WGA asks nonprofits to undergo a rigorous evaluation based on 20 holistic standards that address charity governance, effectiveness reporting, finances, fund raising, appeal accuracy, and other issues. Charities that have taken BBB up on its offer submit IRS forms, 990 forms, board minutes, conflict of interest disclosures, clearing up all complaints filed with the BBB in order to be accredited.

For the past 45 years, the Houston BBB has been auditing charities and nonprofits in Houston, Galveston, and South Texas. Not all of these organizations are “asked” to participate because there are so many of them in the area. Ashley Ordaz, BBB’s coordinator of philanthropy, says that BBB picks nonprofits and charities that have drawn their attention either because of the size of the organization, the amount of advertisements, files with the BBB, and any news stories. But just because the BBB picks a charity, does that mean they must or should comply?

In Memorial Hermann’s case, last week, the Houston Press reported on the controversial billing of charges to the healthcare system’s underinsured patients and its practice of suing them. Because of the size of its complaints, mostly about billing, stories, and extensive advertising, Memorial Hermann has been on the “audit wish list” for years. In 2012, it completed the audit but failed to meet at least one of the 20 criteria. They say they’ll do it this year, but to date have only submitted the IRS information and the 990 form. Ordaz says they will have till July to take care of two customer complaints about billing.

Ordaz, referring to times when BBB officials have put in requests to hospital systems whose reps either haven’t been able to meet the requirements or just haven’t handed over all of the information needed to complete the audit, says, “Sometimes they don’t want to provide the information we want and we kind of think that they’re hiding something, but a lot of times it’s just that they have people wearing a lot of hats and they don’t have time to do something they aren’t required to do.”

Some would say that perhaps the watchdog isn’t really seeing the whole picture when it comes to hospital business. In the aforementioned Houston Press article, Vivian Ho, chair in health economics at Rice University’s James A. Baker III Institute, defends Memorial Hermann against its nefarious reputation for suing its patients. She contends that Memorial Hermann is a large business being run so that it can stay healthy enough both to fulfill its mandate as a nonprofit charitable entity and to continue functioning as a good business, giving charity care to 1.8 million people in its service areas.

Other hospitals in Texas are challenging the BBB’s role when it comes to the philanthropy audit. In most cases, the BBB has been making its philanthropy audit requests of hospital foundations, while the hospitals themselves have not been targeted. Despite the fact that 16 complaints have been registered to the BBB concerning Houston Methodist Health System, it remains under BBB radar. Still, the foundation this year will not produce the required documentation. Houston Methodist spokeswoman Stephanie Asin stated, “The BBB is a great organization and has great value to our community, but we don’t see this rating of our foundation as applicable, so we declined to complete the application.”

“Our foundation is part of a trusted, well-respected organization and is audited by an independent auditor annually,” she stated, noting that they have never had a donor refuse to give money because they don’t participate.

Texas Children’s Hospital spokeswoman Jenn Jacome says that they decided to decline the audit because it wasn’t serving that function for the hospital system. “We have found that donors who give to Texas Children’s find us through other avenues. The BBB is a great resource for so many things, but it has not been our experience that donors are using this organization to learn about our mission or giving opportunities at Texas Children’s,” Jacome says.

On its www.give.org website, the BBB WGA has given Children’s Hospital Foundation in Richmond, Virginia this thumbs-down posting based on its nonparticipation in its audit:

“This charitable organization has declined to be evaluated in relation to BBB Standards for Charity Accountability. Charity participation in BBB review is voluntary. However, without the requested information, it is not possible to determine whether this charity adheres to all of the BBB Standards for Charity Accountability. The BBB encourages charities to disclose accountability information beyond that typically included in financial statements and government filings, in order to demonstrate transparency and strengthen public trust in the charitable sector.”

What do NPQ readers feel about BBB’s role in monitoring charities?—G. Meredith Betz. 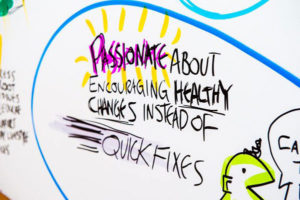 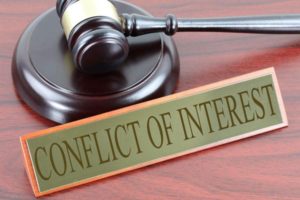