The Shutdown’s Potential Fallout for Nonprofits and Communities: A Heads-Up 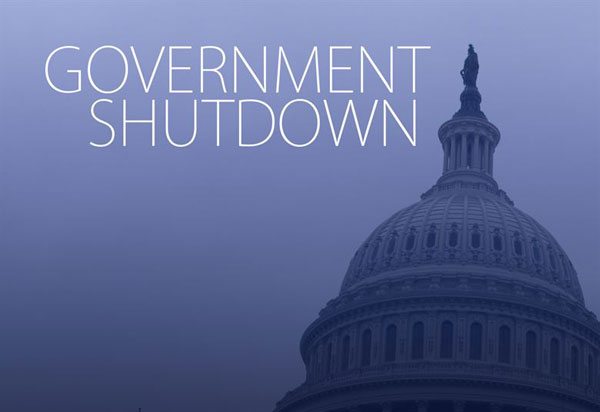 Government shutdowns are often passed off as non-events, with little impact unless you are a government employee, but that’s not exactly the case.

Here’s the description of a shutdown from a Q & A published by the Washington Post:

Much of the federal government gets its funding from annual budget appropriations decided by Congress. The legislation that provides that funding must be passed by a certain deadline—[January 19, 2018] at midnight. Since Congress didn’t find a consensus, the hundreds of thousands of people who work for the federal government can’t get a paycheck. Legally, many of those federal workers are obligated to stop showing up to work—known as an unpaid furlough. So, hundreds of thousands of people who are federal government employees will not be at work until there is a budget agreement or another “CR” (Continuing Resolution) that extends the current budget for another few days, or weeks or months.

Many questions swirl in a shutdown. Who is an “essential worker” and will remain on the job? Will those workers who are not “essential” and are furloughed on temporary unpaid leave receive retroactive pay? While a senior Trump official has indicated support for that, there is no guarantee for these workers. Many fall at the lower ends of the income scale and will become beneficiaries of services provided by organizations and agencies in the nonprofit sector.

For the nonprofit sector, the shutdown could have additional ramifications. Those living in areas recovering from natural disasters and dealing with FEMA for relief services could see their pain increase in this shutdown. Because FEMA is a part of the Office of Homeland Security, the administration does not see this as a serious area of concern. But, wisdom from the past coupled with the number and scope of disasters in this year might indicate otherwise.

“The Republicans like to say [a shutdown is] not a big deal because they say DHS stays on the clock because they’re exempt,” former FEMA administrator W. Craig Fugate told the Washington Post. “At FEMA that’s not true.”

More than 3,000 of FEMA’s estimated 15,815 onboard employees would be suspended in the event of a government shutdown, according to the Homeland Security Department’s contingency plan for a lapse in appropriations. The plan was last updated in 2015.

Fugate, who led the agency from 2009 to 2017 under President Barack Obama, said most of FEMA’s workforce can indeed be dispatched to emergencies regardless of a shutdown because they are funded out of the Disaster Relief Fund, which is not affected by a lapse in appropriations.

During the most recent government shutdown, in October 2013, FEMA furloughed nearly all its full-time staff members who were deemed nonessential, Fugate said. That had an effect on the agency’s administrative support and its employees’ overall morale as the agency continued to respond to emergencies.

“For us at FEMA, it’s a huge deal,” Fugate said. “We ended up furloughing 85 to 90 percent of our career folks. . .Who do you think processes the payments? Who do you think does all that back-end stuff? IT stuff? Plus, if you have policy issues, there’s no one to turn to.”

In areas and states that were hit by natural disasters, nonprofits are already struggling to both help their communities move forward and recover themselves. This shutdown only adds to that burden.

The shutdown will also have a disproportionate impact on communities where federal workers compose a large portion of the population. According to this chart from the Washington Post, the impact of a federal shutdown will be nationwide and nonprofits will feel the pain as members of their communities are without paychecks for however long the shutdown lasts.

In past shutdowns, Head Start programs have closed for a short time, causing angst for both children and families. While Social Security and Veterans benefits, food stamps, and similar services will continue, there will be delays in processing new applications and limited staff to answer questions or help with issues that might arise. Clients in need of these services would then turn to the nonprofit sector for help.

The direct impact on your federal grants and funding in a shutdown may be minimal, but the ripple effects on those you serve and others in your communities may send more of them knocking on your doors. And, unfortunately, most nonprofit budgets are not set up for retroactive reimbursement for those costs.—Carole Levine