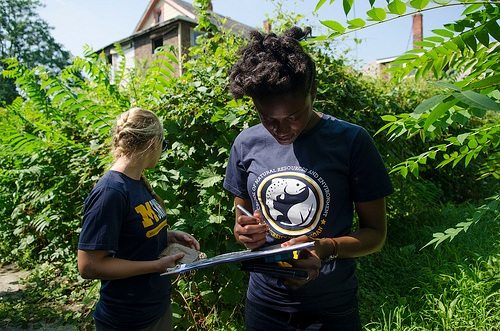 Detroit is something of the poster child for a failed city, but Larry Gabriel, the former editor of Detroit’s Metro Times and UAW Solidarity magazine sees a city that has elements of a potential rebirth through “growing industries, strong communities, and policy changes laying the foundation’s for the city’s recovery.” Gabriel sees press coverage of Detroit as “reinforc[ing] a tired old story…[that misses] plenty of positive major economic stories…starting with the federally bailed-out General Motors and Chrysler auto companies emerging from bankruptcy with improved sales and record profits, and continuing with the likes of the booming Midtown as a flagship community of the new Detroit.”

Gabriel sees six elements of a strategy already being implemented to revive Detroit:

Gabriel is confident that these are six bulwarks undergirding a revitalized Detroit. He doesn’t cite the various investment and development strategies that many other observers believe are crucial to Detroit’s turnaround, such as the New Economy initiative, the Detroit Future Plan, and other big efforts of nonprofits and foundations coming together to remake city systems. Is Gabriel, a activist knowledgeable about Detroit, suggesting that these well-publicized plans are destined to follow the big ideas of earlier times, announced with great fanfare, but accomplishing little for the Motor City?—Rick Cohen