Six Years of Sunlight: The Foundation That Illuminates Government 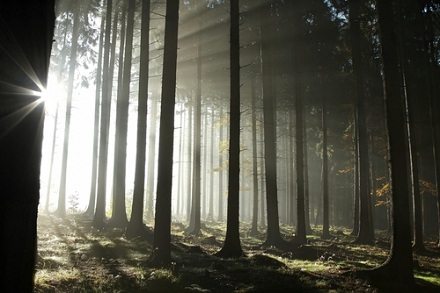 A recent story in Mashable compares the culture that dominates the nonprofit, nonpartisan Sunlight Foundation to the philosophy of the open-source software crowd. With a goal of opening up government, the foundation categorizes its current work into five separate and ambitiously broad areas: money business, the low-down on Congress, reporting, keeping tabs on government and a new mobile app division. Even with steady organizational growth and strong funding over the years, the organization still highlights the inherently incomplete nature of the work that it does, stating on its website, “Sunlight recognizes that no number of staff at Sunlight or organizations we fund will be able to accomplish the task of making government transparent and accountable alone.”

Sunlight traces its origin to 2005—a year that was notable for “the explosion of social media” and a time when “trust in government was falling to another all time low,” according to the organization’s website. Officially opening in 2006, Sunlight established three central goals: digitizing government data, building tools to make government data accessible and developing online communities to promote and sustain the organization’s work. Over the years, Sunlight Labs, the organization’s team of coders and designers, has also produced related websites as sponsored projects, including CapitolWords.org, LOUISdb.org, EarmarkWatch.org, PoliticalPartyTime.org, Congrelate.org and PublicMarkup.org. Just as PublicMarkup.org provides a useful space for people to comment on bills while they are still in process, CapitolWords.org monitors language trends on the Hill, making it possible, for example, to see which members are using words like “nonprofit” with particular frequency; for those interested, that would be Rep. Sheila Jackson-Lee (D-Texas), Sen. Patrick Leahy, (D-Vt.), and Sen. Orrin Hatch (R-Utah).

With a strong base of funding, Sunlight’s 2012 support includes $544,224 from the Omidyar Network and $300,000 from the Ford Foundation along with a range of smaller gifts. Sunlight also makes “transparency grants” to nonprofits and other organizations that are similarly focused on using the Web to open up government. In 2011, grantees included the National Institute on Money in State Politics, the Media Standards Trust, Litlesis.org and the New Orleans Coalition on Open Government.

Emphasizing the democratic pricinciples underlying the work of her organization, Gabriela Schneider, Sunlight’s communications director, told Mashable, “We want as many eyes as possible on [government] information, so that we can all make sense of it together.” –Anne Eigeman