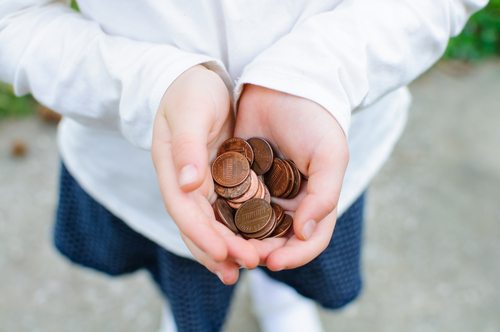 In pursuit of strengthening a community, $1,000 can be spent in a flash. This story, however, shows that a gift of this size can also keep on giving—in this case, by very likely making a lifelong impression on children.

Last year, right before Christmas break, 100 children at the Scotland Elementary School in Scotland, S.D. were given $10 apiece. According to Scotland Superintendent Damon Alvey, “The letter that came along with it talked about making sure kids remember that there’s good in the world and to continue to good things…For the new students we get an assembly together. We talk about that someone has dropped off a gift for them and what the letter says and what it asks for them to do.”

Some of the children use the money to ease the burden on their parents. “I used of half of it for my school lunch money,” one child told KDLT, “because I didn’t want my mom to pay.” Another said she bought a blanket for a baby shower at her church.

An anonymous donor has done the same thing twice before, in 2005 and 2010. We’d love to hear other stories of small but elegant philanthropy. –Ruth McCambridge