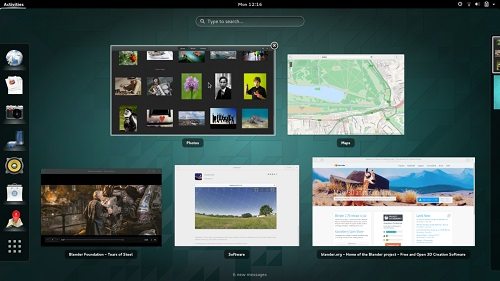 In May, Groupon created a tablet to help merchants process and serve Groupon customers. They called it Gnome. The hitch? GNOME was already trademarked as a worldwide, open source computer operating system. The GNOME foundation and its thousands of supporters mobilized to protect its name. Thanks to crowdfunding and social media, Groupon backed down and will develop a new name.

GNOME and the GNOME Foundation were created seventeen years ago and its trademark was registered in 2006. Located in California, the foundation’s mission is to open technology up to everyone through crowd-developing open source operating systems. Their products are translated into a number of different languages and include accessibility features supporting and encouraging users from underdeveloped countries. The egalitarian community includes computer programmers from around the world, including employees from one hundred different companies.

No doubt Groupon was aware of their work. In fact, Groupon’s own company blog describes the company as a “strong” supporter of open source programs. Additionally, GNOME products are used in the retail space as well as in “common software everywhere” and in many consumer devices, including televisions, tablets, and phones. Further, GNOME staff reached out to Groupon, advising them of their almost two decades of use of the name GNOME.

Instead, Groupon thought they could ignore GNOME’s efforts and FLOSS principles by filing for U.S. trademark protection. (FLOSS, or free/libre open source software—like GNOME—is created to encourage the use of technology by developing software that can be freely shared, used, and distributed. This is particularly helpful for people living in undeveloped countries who cannot afford to pay for essential computer software.) The conflict started out as a typical David and Goliath battle: Groupon ignored GNOME and filed 28 trademark applications. After all, the GNOME Foundation’s revenue stream of less than $600,000 does not compare with Groupon’s $2.5 million.

GNOME sounded the social media alarm and mobilized thousands of developers and supporters. Using the same crowdsourcing principles it uses to develop software, GNOME looked to crowdfunding to finance its battle against Groupon. Five thousand GNOME supporters fundraised over $102,000—thousands more than the $80,000 GNOME attorneys estimated they would need to contest the first ten trademarks. More importantly, thousands more people used social media to voice their anger toward Groupon.

Last week, Groupon raised the white flag and agreed to find a new name for their tablet. In a joint statement, Groupon and GNOME announced the parties would continue to work together to develop a solution.—Gayle Nelson