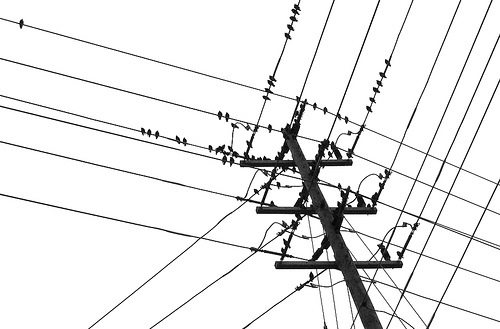 The Internet is full of acronyms. Some were born of necessity from Twitter’s limited character count, but others are created by the unique nature of ubiquitous, virtual networks. There was never a need to talk about IRL before the Internet, because almost all personal communications were In Real Life. The ease and low cost of all this virtual communication means a great deal of messaging—including social giving—happens asynchronously (a $50 word for “whenever people happen to get to it”).

People, however, are still people. People schedule events. People go to stores. Sharing an experience in real time and space means a lot for many. Donors get more excited for—and more moved by—things that happen with other people in the same space. Ask any nonprofit that ever had an auctioneer at a gala or scheduled a fun run.

Not all social giving IRL has to be tied to hosting a gala or 5K. People gather in places for lots of other reasons, and those are opportunities for the right charities with the right tools. The growth rate of U.S. adults with Internet-enabled phones (already surpassed two-thirds of the population) is huge; most donors can now give wherever they are rather than waiting to get to a desktop screen somewhere. New tools are just now coming into the market, with more players and ideas likely to join soon.

Goodpin is among the early movers in this space. The tool wants to take the energy of large scale events—outdoor concerts, rallies, parades—and turn that into an opportunity for social giving. Unlike traditional social donations, spurred by a network of existing contacts, Goodpin is looking to create new social connections around a time and place and harness that for giving. Twitter already does this with hashtags, creating short-term communities of strangers around a common theme or event, like #Oscars. Partnering with event organizers to add the element of social giving can increase the sense of connection for event participants, benefiting the partner as well as a charity. Goodpin (currently app focused, but planned for a more mobile-web experience as well) allows users to uncover how others are giving at an event, and either jump on board or make their own IRL donation to help surface their cause for other people.

Jay Baydala, CEO at Goodpin, wants people to discover charitable giving as a component of what they do in the real world. “Surfacing interests in time and space is important,” Baydala says. Broadcasting giving and participating with others creates a network effect. According to Baydala, “People give to people, not to causes. Goodpin can help them discover other people near them doing good, and join in.” The platform is young, but seeking new growth as it moves to the New York market this year for more opportunity.

Daniel Hayes, CEO of Good Labs, wants to use the opposite of the one-time massive crowd and help grow social giving IRL based on large numbers of people over time. Using point-of-sale systems, Good Labs wants to help donors make social contributions in micro-donations at business checkouts, which grow with lots of people over a longer time rather than all at once. Consumers have seen these ideas in large-scale chain operations (“Would you like to add a dollar to benefit Our Favorite Charity with your Burger Deluxe meal?”) but Good Labs wants to add more control for the donor and greater access to smaller charities.

“All the point-of-sale systems need to be updated soon for chip and PIN technologies coming this year,” says Hayes. These updated terminals will allow merchants to add more choices to how customers interact with stores, including making donations that benefit more local charities, rather than just the national behemoths. Charities, once registered with Good Labs, can then solicit local businesses to include them as an option at checkout. “These donations are good for both local nonprofits and the businesses that use the Charity at Checkout system,” says Hayes. “Nonprofits meet new audiences, and businesses see increased loyalty as a member of a community.”

These new tools are all in their early days. Some will gather momentum, or others may replace them. No matter which of these IRL tools charities choose, the goal will be to help start a relationship with a donor, regardless of how small the donation. It’s then up to the nonprofit to explain why that new contact may wish to move up the engagement ladder to become regular donors and community advocates.

Steve Boland is the managing partner of Next in Nonprofits, a consulting and writing firm in Saint Paul, Minnesota. Follow him on Twitter at @NextNonprofits.