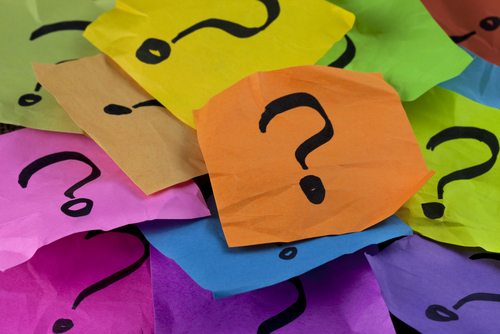 The recent Senate Budget Committee hearing on social impact bonds was relatively low profile—surprisingly so for a subject whose advocates trumpet nearly anything and everything that concerns social impact bonds or pay-for-success programs. In digging through an early transcript of the hearing, there were plenty of nuggets for nonprofits and social enterprises to ponder. Try these comments on for size.

Senator Mark Warner (D-VA) took the tack that the federal government needs the help and discipline of private markets:

Jeffrey B. Liebman, the Malcolm Wiener professor of public policy at the Harvard Kennedy School of Government, provided the explanation for the Warner/Whitehouse hope for private investment in SIBs:

“Over the past two years, we’ve observed the pay-for-success model improve government performance in three ways: First, it improves decision-making by bring market discipline to government decisions about which programs to expand, as investors will only put their dollars behind programs with a strong evidence base. Second, it shifts government resources to pay for preventative services, rather than pay for the remedial costs associated with bad outcomes. And third, it fosters multiyear collaborations to tackle challenging social problems, something that is very difficult to accomplish with conventional annual government budgeting, and standard management techniques.”

In contrast, Mark Fisher, from the Maryland House of Delegates, summarized the critical findings of a Maryland state analysis of the potential of SIBs:

“In January of 2013, the Department of Legislative Services advised against SIBs for the following reasons: SIBs cause an increase in budgetary pressure, compared to direct program financing, due to the necessity of funding, contingent liabilities, and the added expense features unique to SIBs. SIBs do not produce cost savings when outcomes are achieved, even under highly optimistic assumptions. SIBs could effectively exclude new providers and program types that do not have a well established record of success with investors seeking to minimize risk. And SIBs potentially distort evidence used in policy decisions…. In conclusion, SIBs are well intended, but they unnecessarily blow bureaucracies. Moreover, they have the potential of leading to crony capitalism. And as the Maryland Department of Legislative Services concluded, they do not save money.”

Although now an analyst with the Texas Legislative Budget Board, Kyle McKay was one of the Maryland researchers who did that state’s analysis:

“For governments facing revenue constraints, social impact bonds may appear to be the silver bullet for social services. However, the benefits may be based largely on wishful thinking. Yet, the risks and costs to governments who are engaging in this type of model are real…Forgive me for stating the obvious here, but if a program funded by a social impact bond works, the government will have to pay for the program. Thus, governments should budget for this potential payment by appropriating funds in advance…Because the government may have to pay back investors with interest and a bonus, or a return on investment, and the mechanics of this model require a large number of consultants and intermediaries, the government must budget for the potential payment using an amount that is greater than the investors provide to the program. In Massachusetts, for example, the state is liable for up to $27 million in payments for their social impact bond pilot program. Yet, the investors are providing only $12 million in funding. A social impact bond will therefore add pressure to a cash-strapped budget….”

McKay’s trenchant analysis pointed out the limitations of single-project SIBs:

“Proponents argue that social impact bonds will result in decreased expenditures, and thus, cost savings to the state. There’s a basic mathematical problem with this claim, though. Pilot programs do not operate at a scale large enough to produce significant cost savings to the government. In Maryland, we used well-established, cost-estimation techniques with our state agencies to model a high-impact pilot program. The program came nowhere close to paying for itself, which is consistent with Rand’s finding that Peterborough [the first SIB from the UK] is too small to produce savings.”

“In short, it’s my personal opinion that social impact bonds are expensive and risky. They may also distract governments from a more comprehensive, sustainable approach to improving public policy,” McKay concluded. “Across a variety of policy areas, we have learned that measuring outcomes, and using monetary payments to incentivize behavior change, is difficult, and often produces mixed results. Simply throwing investors into the fray will not resolve the ongoing limitations and problems. Instead, it may very well exacerbate the challenges.”

He added a postscript about limited innovation in the supposedly innovative SIB experience in the U.K. and the U.S.:

“The Center for Law and Social Policy looked—they just released a report where they looked at most of the social impact bonds that have been implemented to date, and what they found is that, quote, ‘Investors appear to be sticking to models that have already been extensively evaluated,’ which is sort of consistent with what you would expect if investors are trying to minimize their risk.”

“It is possible for a state, a government, to get in over its head if it hasn’t chosen the program wisely, and then the investors know more about the project than the government does, and they start to get spun, because the investors have a different motivation,” Whitehouse observed after the McKay testimony. “That’s a risk. Everybody concedes that? Yes, everybody concedes that.”

Senator Angus King (I-ME) sussed out the subtext of the SIB strategy:

“I think this is an admission that government can’t do what it’s supposed to do…. This just strikes me as…it’s a fancy way of contracting out. And as I say, I don’t believe government contracts very well…and the government is always going to be outfoxed on the contracts, in my experience.”

For a hearing that was undoubtedly intended to highlight the social impact bond phenomenon, it didn’t quite turn out that way. It would seem that the promoters of SIBs have to do a better job of getting past their own promotional rhetoric and explain the substance to answer the challenges posed by Senators King and Whitehouse, not to mention McKay, the analyst who conducted the Maryland analysis.—Rick Cohen