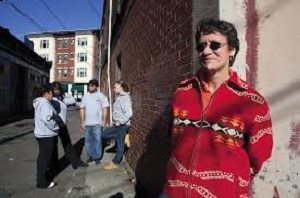 NPQ has written quite a lot about social impact bonds in the past, so please place the following story in that context.

Yesterday in Massachusetts, Gov. Deval Patrick announced that a program designed to reduce recidivism in young men would be the recipient of a social impact bond. In what’s called a “pay for success” money model, eighteen million dollars has been invested up-front by private investors, including Goldman Sachs’ social impact fund, the Kresge Foundation, Living Cities, the Laura and John Arnold Foundation, New Profit, and the Boston Foundation.

Molly Baldwin, who founded and leads Roca, the organization that will be implementing the program, said, “Technically speaking, this project is about reducing incarceration rates and increasing employment among young men involved in the justice system…But at its heart, this project is about much more. It is about various leaders and institutions coming together to create real, sustainable and innovative solutions for problems that are often viewed as intractable realities of urban life: poverty, crime and violence.” The program will be implemented not only in Chelsea, where Roca is based, but also in Springfield, in the western part of Massachusetts.

The men who will be recruited to participate “have joined gangs, been incarcerated, dropped out of school and refused other programs.” Roca provides education resources, job and life skills training, but the Roca program is perhaps best known for its relentless outreach. “The statistics say these young men have a higher chance of going to jail than getting a job,” Baldwin said. “This project is about changing those odds.”

The work will be evaluated by an independent auditor using data on incarceration rates, employment, and other indicators. If Roca’s work is measurably successful, the state will pay back the money and interest to those private investors. The state of Massachusetts has committed up to $27 million to the project over seven years and the U.S. Department of Labor has set aside another $11.7 million that can be used to expand and extend the program.

Hampden County Sheriff Michael Ashe said, “They’ve taken this model and you might say they’re putting their name on the line, putting their philosophy on the line, really saying they don’t want to get paid unless it’s successful. They’re being held accountable.”—Ruth McCambridge

Disclosure: Molly Baldwin is a decades-long friend and colleague of this author.