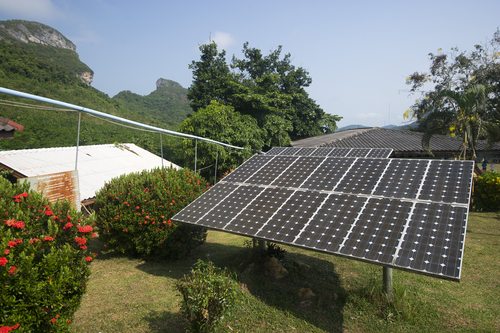 Reports of the solar energy industry’s death may be premature, according to a new report from the Solar Foundation, a nonprofit that seeks to increase global solar energy usage. Solar power’s reputation was undoubtedly harmed by the failure of Solyndra. In addition to the near-constant campaign beating Solyndra has taken by former Massachusetts Gov. Mitt Romney and many other candidates, headlines like the New York Times’ “Solyndra Bankruptcy Reveals Dark Clouds in Solar Power Industry” may have tamped down public enthusiasm, to some degree, for this energy source.

But a new Solar Foundation report, “National Solar Jobs Census 2012,” paints a different picture. It finds that, over the past year, the American solar energy industry added jobs at a rate of approximately eight times that of the economy overall. That adds up to 13,872 more workers. The industry still only employs a little less than 120,000 people, but 13.2 percent job growth in the past year is a rate that other sectors of the economy can only dream about. What’s driving the growth? According to the Solar Foundation’s data, the most significant factor is that solar panel prices have dropped 29 percent in the past year, making this energy technology a more cost-effective solution than it once was.

Given the relentless hammering away at the failure of one solar company, Solyndra, the solar power industry clearly has its work cut out for it to rebuild momentum. The Solar Foundation’s report may be a critical first step in this industry regaining a foothold—in a positive way—on the American energy scene. The full report is available here. –Mike Keefe-Feldman