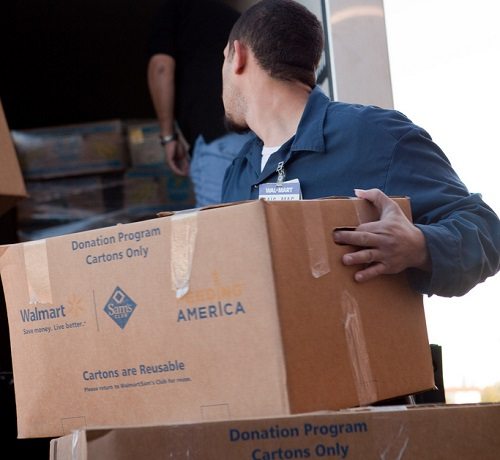 Writing for Business 2 Community, Ryan Scott generated a list of the 10 top corporate givers to make special note of their employee matching grant programs. Using information prepared by an organization called Double the Donation, as depicted in this infographic, Scott highlights the following corporate charitable givers:

What’s intriguing about this list is that most of the corporations are retail-oriented and several are very controversial. For example, Walmart may be the nation’s top in corporate philanthropy, but the corporation just ended health coverage for 30,000 part-time workers. Although unwilling to prosecute any of their corporate executives personally, outgoing Attorney General Eric Holder exacted settlements of $13 billion from JPMorgan Chase and $16.5 billion from Bank of America for their roles in marketing mortgage-backed securities with faulty subprime mortgages tucked away in the toxic mix. In a batch of campaign contributions that undoubtedly overwhelm the donations of voters, Chevron has just dumped nearly $3 million into the municipal government elections of Richmond, California—a city of approximately 100,000:

“You have a pretty big red flag when you have a multimillion-dollar corporation getting involved in a local election,” Sarah Swanbeck, a campaign finance transparency advocate with California Common Cause, told the Richmond Confidential, an online news service produced by the Graduate School of Journalism at UC Berkeley. “The average Richmond citizen is not equipped or able to fight back with their own resources.”

While a number of corporations have recently abandoned the climate change-denying American Legislative Exchange Council (ALEC), ExxonMobil is doing no such thing and remains among ALEC’s most stalwart financial partners.

Our experience suggests that corporate employees are often willing to follow muses other than their corporate bosses with their charitable giving—witness the proportion of United Way donors who increasingly prefer to designate where their donations will go rather than simply putting their charitable dollars into a United Way charitable giving pool. We suspect, for example, that Walmart and Target workers give to charities that are close to their experiences as low-paid workers struggling to get by in a difficult economy; if the retailers are matching their employees’ charitable giving, the corporations might find themselves supporting nonprofit agendas that aren’t simply doing the bidding of corporations. Corporate matching grant donations potentially address a range of charities that might not be supportive of these top ten corporations’ positions on climate change, toxic mortgage products, and corporate domination of elections. Even if they comprise only a sliver of the corporations’ overall giving, corporate matching gift programs help the likes of even ExxonMobil, for example, put their dollars behind progressive causes such as reducing the nation’s dependence of carbon-generating sources of energy.—Rick Cohen