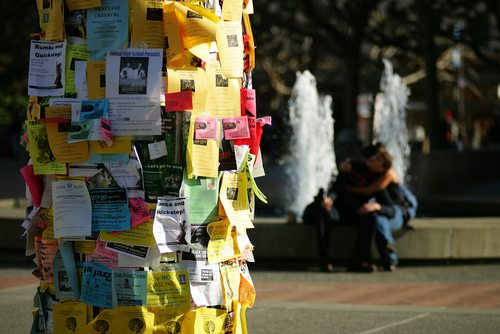 A new fundraising initiative called “Promise Platform” will engage University of California students and young alumni in fundraising, asking them to use social media to solicit donations from friends and family in return for a promise fulfilled – like not drinking coffee for a week. Student responses may be mixed at this point. “This just sort of points to problems with the university if we have to resort to bartering in this way,” Mariana Sosa, a junior at UC-Berkeley, tells the Daily Californian, an independent student-run newspaper.

Sosa’s attitude is understandable in light of the $1 billion (by 2014) total campaign that this effort is to feed into, along with other efforts. But classmate Nelson Rozo is more positive: “I think it’s a very good idea…If there’s a collective enough effort, it could be cool,” he tells the paper. One of the facets of this campaign which organizers hope will be an attractor is the involvement of celebrities via the Entertainment Industry Foundation. –Ruth McCambridge