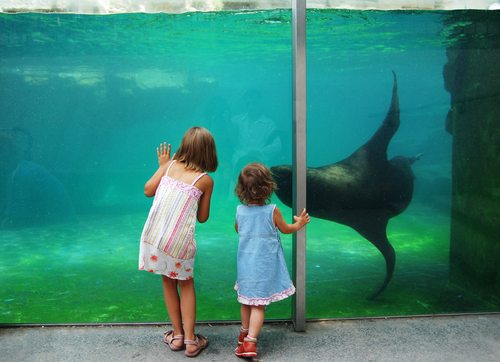 Many nonprofits are specifically focused on educating the public about climate change and environmental stewardship, but in terms of “teachable moments” in these areas, zoos and aquariums may be among the best positioned to deliver the message about dangers to our planet. As reported in the New York Times, “Surveys show that American zoos and aquariums enjoy a high level of public trust and are ideally positioned to teach.” That would seem to make these venues an ideal place to encourage action that would help preserve and protect our environment, but there is one problem: people tend to view a trip to the zoo or aquarium as a fun excursion, and this has left some hesitant to tackle such weighty matters as Earth’s future.

“You don’t want them walking away saying, ‘I paid to get in, I bought my kid a hot dog, I just want to show my kid a fish—and you are making me feel bad about climate change,” says Association of Zoos and Aquariums (AZA) Vice President for Conservation and Education Paul Boyle.

In 2008, a coalition of aquariums received a $1 million grant from the National Science Foundation to train staff on addressing the issue without turning people away, and Boyle says that most of the AZA’s 224 member organizations currently communicate information about climate change in one way or another. Research has found that it is helpful to emphasize positive actions that individuals can take to help rather than just focusing on the enormity of the problem.