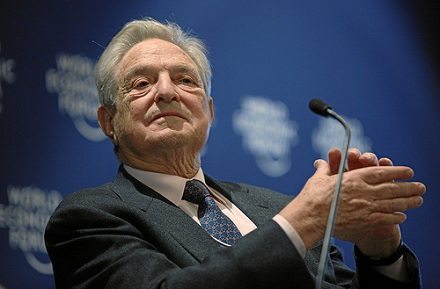 In any discussion of political funding, when liberals mention the big political arms of Karl Rove and the Koch brothers, the default response of conservatives is always about George Soros. The image of the 22nd richest man in the world that many conservatives hold is one of Soros putting his billions toward manipulating the political system, financing the “independent” groups supporting President Obama’s reelection, and calling the shots on everything from MoveOn.org to the Occupy Wall Street movement.

This article from the Forward is really about the children of Soros. Alexander (26) made a larger political donation in the 2012 election cycle than his father: $200,000 to a pro-Obama PAC. Meanwhile, Jonathan (41) has been supporting an effort in New York State in favor of public financing of elections.

The interesting thing about the article is a passing observation about the father. In reviewing the “generational shift in the philanthropic and political efforts of the Soros family,” the Forward noted that George Soros has made grants worth $8 billion over the past three decades through his Open Society Foundations (OSF), promoting democracy and human rights, among other issues. Soros’s foundations give out hundreds of millions in philanthropic support every year, dwarfing his personal contributions, as big as they are, to politically active (c)(4)s, 527s, and PACs. For example, he was the nation’s top giver to outside political groups in the 2004 election cycle, at $23.7 million, but in the 2008 cycle, he gave only $5 million, and it isn’t clear how much he has donated in the current electoral cycle.

Soros is primarily a philanthropist, with significant contributions in Eastern Europe to help the former Soviet bloc countries transform themselves into democracies. Like his father, Alexander has obviously been active with political donations, but has just announced the creation of the Alexander Soros Foundation, with interests that appear to be similar to the humanitarian goals of the father’s Open Society Foundations. A Soros daughter, Andrea Soros Colombel, founded and heads the Trace Foundation, which supports Tibetan culture in China. By virtue of his support for public campaign financing, son Jonathan is promoting support for a form of U.S. democracy that does not have to turn to the Soroses and Koches of the world for capital. Another of the Soros offspring, Robert Soros, is on the board of a group affiliated with OSF.

Contrary to the simplistic narrative created by some conservatives, George Soros and his son Alexander may indeed be active in providing support to electoral campaign activities, but the overwhelming bulk of contributions from the Soros family, from pater familias on down, have been philanthropic. –Rick Cohen