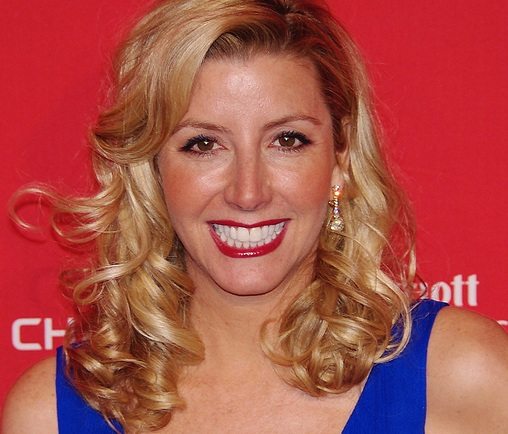 “I Pledge to invest in women because I believe it offers one of the greatest returns on investment. While many of the world’s natural resources are being depleted, one is waiting to be unleashed—women.”

So concludes the pledge letter from Sara Blakely, 42, a self-made billionaire and the founder of the Spanx empire…and the first woman to join the Giving Pledge established by Warren Buffet and Bill Gates. Blakely and eight other rich folks joined the group, now numbering 114, who have committed to giving at least half their wealth to charity.

Last year, Forbes dubbed Blakely the world’s youngest self-made female billionaire. She recalled the magic moment. “After I appeared on the cover of Forbes, I got a call from Bill Gates’ office, saying Bill Gates wanted to have dinner with me,” she told Forbes.

“Since I was a little girl I have always known I would help women,” Blakely wrote in her pledge letter. “In my wildest dreams I never thought I would have started with their butts. As it turns out, that was a great place to start! At Spanx, we say it’s our goal to make the world a better place, one butt at a time. With this pledge my goal is to make the world a better place…one woman at a time.”—Ruth McCambridge