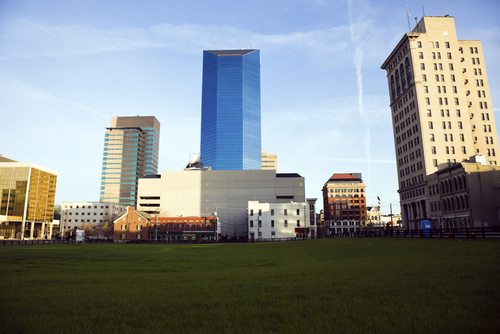 Can a zoning regulation single out a particular class of people distinguished by their income level? In Lexington, Kentucky, a local ordinance requires a special permit for facilities such as drop-in centers if they cater to people with “limited financial resources, including people who are homeless.” By virtue of the wording of this October 2013 ordinance, a community center that served high-income people wouldn’t face the same permitting requirement.

According to Art Crosby of the Lexington Fair Housing Council, “There is something wrong with zoning that allows a community center for the rich to move into an area without any questions, but you have to ask the city for approval before you can serve the poor at that location.”

The Fair Housing Council’s concerns are understandable. Imagine if a zoning or permitting ordinance specifically named other facilities for special rules and oversight simply because of the income status of the users. That kind of ordinance, Crosby contends, could lead to a “disparate impact based on race, gender and families with children.” The language actually could be applied to almost any human service agency that serves the poor, which would then be required to get special permitting approval not be mandated for programs serving a higher-income clientele.

It’s difficult to follow the city’s rationale here. Somehow, this permitting ordinance applies to day shelters for the homeless, but not to homeless shelters where people actually sleep.

The consequences are real for nonprofit day shelter operators. This ordinance seems to have been sparked by complaints from neighbors upset that they weren’t notified ahead of time when the New Life Day Center opened in December of 2011 in an old Fraternal Order of Police Hall. A strict reading of the ordinance could mean that it would prevent the Community Inn and the Catholic Action Center from moving to a new, larger facility. The city is already challenging the ability of the Community Inn to remain open at its current location, and the ordinance would give the city another tool for claiming down on the facility.

Based on the reporting in the Herald-Leader article, it seems that the city is zoning by the income level of the clientele, not the land use per se. Is it smart on the city’s part? “I’m not sure what’s to be gained from this approach,” Jeremy Rosen, policy director of the National Law Center on Homelessness and Poverty, commented. “Even if [the Lexington ordinance] is found to be legal, it doesn’t make it good policy. It just suggests that they are trying to prevent homeless services from being established in the community. That has not proven to be a successful strategy.”—Rick Cohen