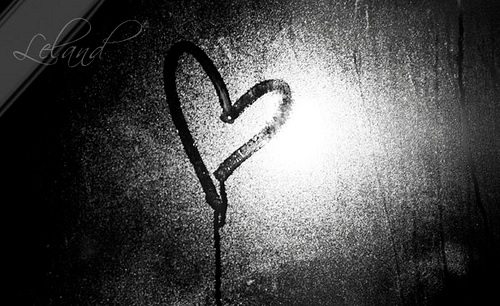 NPQ recently wrote about the nonprofit boarding school in South Dakota that has been employing an ethically questionable “poverty porn” scheme for the past several years, using letters ostensibly written by children describing the hardships of their lives to solicit donations. St. Joseph’s Indian School, a school working with troubled students and families of Native American descent, has accumulated more than $100 million from 2013 to 2014 in unrestricted contributions through direct mailings. After significant backlash over the revelation that these “children” are fictitious amalgams, St. Joseph’s has come forward saying they will suspend the mailings, yet does not admit any kind of wrongdoing.

While the school has been profiled in the past for the fundraising campaign, a report from CNN last week seems to have caused the story to go viral, bringing an end to the questionable mailings. Following the report by CNN, the school’s attorney, Steven Smith, told the Indian Country Today Media Network (ICTMN), “Fundraising letters like this will never, ever be part of their fundraising approach again. A great lesson was learned. It has caused some pretty intense introspection.”

However, introspection did not seem to be on the mind of St. Joseph’s current president, Michael Tyrell, who alleges that CNN came into the report with an agenda and “tried to pin on [them] that [they] are making things up, and that’s not the case.”

When prompted to explain whether the children quoted in the mailings were real children, Tyrell said, “Those are real stories, but it would be hard to pin them on any one child. We put right on there, ‘the child’s name has been changed to protect the children.’ Those are unfortunate and true stories.”

Tyrell seems to give two different, contradictory answers to a simple question. In the first sentence, he seems to be saying what Kory Christianson, the director of development, was originally quoted by CNN as saying: These specific children that are being quoted are not real, but their stories and the children living those lives are very real. In the next sentence, Tyrell backtracks and says the children are real; however their names have been changed to protect their identity, as noted in the mailings.

However, one of the letters, sent by St. Joseph’s and attributed to a child named Josh Little Bear, includes a picture of the supposed child. If that is not Josh Little Bear, and indeed it is most likely not, then who is that child? If the purpose of changing the name was to hide the child’s identity, then why provide a picture if not to complete the aesthetic effect of the letter, which is to create the identity and profile of a troubled child to elicit sympathy in the form of donations?

ICTMN also delves into the financial aspects of the mailing, which has generated $51 million in contributions in 2013, according to the annual report, and another $51 million this past fiscal year. An analysis by the Better Business Bureau (BBB), a nonprofit that reviews organizations to further community trust, found that St. Joseph’s failed three of the BBB’s standards for accountability. Along with the misleading mailings, BBB also took issue with the proportion of the school’s expenses that are used for program services. BBB requires that 67 percent of the total expenses be used for program services. The most recent financial report from 2014 indicates that only 54 percent of the total expenses are used for program services, which include education activities and cultural education as well as expenses for the prayer program.

In response to ICTNM’s question about the consistently low percentage of revenue being funneled into program services, Tyrell defends that the school is saving money for the future:

St. Joseph’s decision to halt the letters comes after public backlash not only by those questioning the ethics of the mailings, but also by Native Americans who were offended by the exploitative campaign. From the neighboring Crow Creek tribe, tribal councilwoman Roxanne Sazue told ICTMN about the impact the school has had on the tribe, “There’s good and there’s bad. The school has really benefitted the tribes. Sometimes children need a residential setting and when the younger kids need stability, it’s good. The high school program is pretty phenomenal. The whole problem is how they exploit our children. They have caused the tribes a black eye.”

NPQ would love to hear opinions from our readers on the fundraising ethics of this situation.—Shafaq Hasan