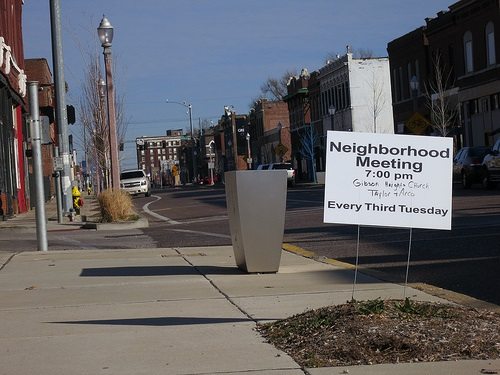 The distribution of CDBG money always reflects somewhat local priorities and pressures. That’s even more so lately, as some localities have found their allocations cut. But under any circumstances, changes in the distribution process can be fraught.

The St. Louis City Board of Aldermen approved legislation dividing $16.7 million in federal block grants to various community nonprofits last week, in a classic demonstration of how political such funding decisions can be.

The St. Louis Beacon, an online nonprofit news outlet, reports that several aldermen proposed changes to a committee recommendation through amendments that would restore funding to a local food bank and Washington University’s HIV/AIDS testing facility, two programs cut during committee hearings. But the changes failed to pass, even though supporters said the agencies in question received higher scores from the Community Development Administration than others that were funded.

An amendment to eliminate funding for community education centers and redirect it to the food bank, the HIV/AIDS testing facility, and a local community housing corporation, among others, also failed to get a majority vote on the board, which will need to pass the distribution legislation next week before sending it on to St. Louis Mayor Francis Slay.

Since 1975, community development block grants(CDBG) have given local governments over $135 billion to help with youth employment, services for senior citizens, and building rehabilitation, as well as funding community-based development organizations for the improvement of housing quality, neighborhood beautification and neighborhood activities.

St. Louis’s debate over block grants this year may have been more contentious because the money is being distributed in a different way, reports Jason Rosenbaum in the article. Prompted by the U.S. Department of Housing and Urban Development, the city changed how it allocated the funding: Instead of dividing it up equally by ward, the funds were distributed through a points-based bidding process.

Proponents of the new point system say it allows for funding of bigger projects that go beyond a single ward, and that the “divide the pot by number of wards” system often fails to direct scarce funding where it is most needed. They also say that the new system gives greater confidence for nonprofits and corporations to contribute matching funds to projects. But there was opposition to the new system, with a number of aldermen opposing the ultimate selections for a variety of reasons, complaining that it is “too aloof and bureaucratic,” and that it doesn’t provide for enough community input.

This process demonstrates how there are always “winners” and “losers” in the competitive grant process, a fact of life in cities across America. Last fiscal year, the CDBG program gave out almost $3 billion nationwide, some of it awarded as competitive grants and some distributed by population or jurisdiction, with the vast majority being passed along by states and municipalities to community-based nonprofits.

Most of the time, federal, state, and local agency staff make defensible decisions based on a transparent analysis of a program’s or project’s merit and cost-effectiveness. But the debate on the St. Louis Board of Aldermen points out that the selection process is ultimately a political one. Grant applicants need to aggressively and articulately advocate for themselves in order to be competitive, be politically astute, garner community support, and be sure to have friends in high places.—Louis Kaplan