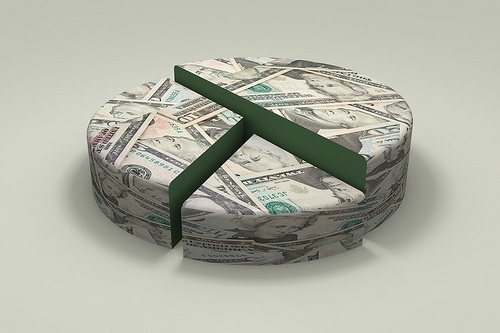 Illinois may be an extreme example, given its immense financial problems, but the tug of war between Republican Governor Bruce Rauner and Democratic members of the state legislature is likely to be repeated in other states. Rauner has proposed slashing the state budget in order to avoid raising the income tax, but slashing the budget is code for something important to many nonprofits: slashing state social services funding.

Democrats are apparently resisting the governor’s budget slashes and offering new taxes as an alternative, including increased income taxes on wealthy Illinoisans and eliminating tax breaks for corporations. In addition, the budget-saving chimera of expanded legalized gambling also is being considered, as it is every year. But Rauner says the state faces a $7 billion shortfall, and the only way it can be addressed is through deep program cuts. However, Democrats dominate the General Assembly and are resisting the cuts that Rauner has proposed in arts programs, drug treatment programs, older foster youth, and home care for the elderly.

During his campaign, Rauner was open to some tax increases, but he now says, according to Monique Garcia, Kim Geiger, and Jessie Hellman for the Chicago Tribune, that “there should be no discussion of asking taxpayers for more money without first overhauling how state government works and making huge spending reductions.”

The Democrats appear ready to consider some budget cuts, but House Speaker Michael Madigan wants to tax millionaires an extra three percent which, he believes, could generate $1 billion a year that could be devoted to education. However, Madigan wants to make that a constitutional amendment, which means it would have to be a ballot issue in 2016, too late for the budget under consideration.

Sad to say, it looks to us that the budget standoff will likely turn on what many states have done despite its very mixed and sometimes troubling results—an expansion of casino gambling. Democratic state representative Bob Rita has two proposals, one for a state-owned casino in Chicago, and an alternative that would allow casinos in Chicago and four downstate and suburban areas. Casino gambling is so often imagined as a panacea but rarely generates the fiscal returns that its supporters hope for, and were Illinois to approve casino gambling, those revenues, too, wouldn’t be seen quickly. The hot ticket Republican revenue raiser is to allow and tax the sale of fireworks.

All told, it looks miserable, and the losers will be vulnerable Illinoisans who need those social programs more than Trump or Wynn need new casinos or the Fourth of July needs more hand-maiming fireworks.

Tell us what’s happening in your state in the standoff between raising taxes and cutting social programs—and if there’s any resolution in sight.—Rick Cohen

More about: taxes on the wealthystate budgets