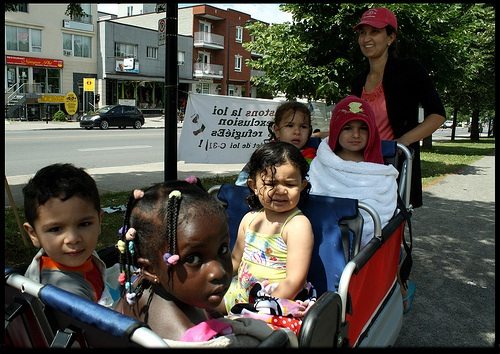 Recent reports of hospitals quietly deporting migrant workers in a process called “medical repatriation” suggest that migrant workers are wise to avoid health institutions wherever possible. The stories are horrific: comatose patients and a days-old infant with Down’s Syndrome transported over the border. According to this article, the Center for Social Justice at Seton Hall University School of Law and New York Lawyers for the Public Interest have identified more than 800 recent instances of attempted or actual medical repatriation.

Some have suggested that the practice will increase as Obamacare is implemented, because that law excludes undocumented people from coverage.

A study published online in the Journal of Immigrant and Minority Health suggests, according to its author, that it is important that health providers serving migrant workers are linked with trusted institutions. Daniel López-Cevallos, an associate director of research at Oregon State’s Center for Latino/Latina Studies and Engagement and an expert on migrant farmworker health, says, “It has been assumed in most of the literature that fear of deportation is associated with use of health services, across the board. There is a strong belief by many workers that they don’t want to touch the system because it might hurt their chances of someday becoming documented or jeopardize their children’s well-being.”

However, in this study, the researchers found that 87 percent of the 179 Mexican-origin indigenous and mestizo farmworkers who attended a community health center said that, although they were afraid of being deported, that concern was not associated with their use of medical or dental care.

Still, only 37 percent of the farmworkers surveyed had used medical care in the previous year, a number similar to national statistics on migrant workers. López-Cevallos believes many workers fear losing their jobs if they take time to see a doctor, and most don’t have health insurance.—Ruth McCambridge