Study: Why Has the Number of Black Professionals in Philanthropy Decreased? 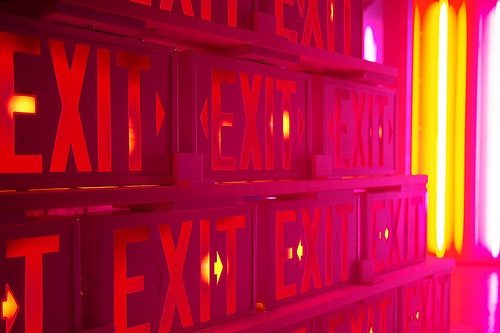 May 2014; Association of Black Foundation Executives

We’ve seen very little discussion about this interesting phenomenon occurring among African-American professional staff at U.S. foundations. Despite a lot of relatively thoughtless self-congratulation within some foundation circles regarding the progress of people of color in philanthropy, somehow the statistics on blacks as foundation CEOs and foundation trustees haven’t shown growth in recent years, and the number of black professional staff and black program officers in grantmaking organizations has actually decreased. ABFE combined these statistics with the anecdotal evidence of “goodbye e-mails” from black foundation staff to conclude that there might be an issue here to be examined and understood.

Beginning in 2013, ABFE and the Black Philanthropic Network partnered to conduct an “Exit Interview Study” of black foundation staff and executives to determine why they might be leaving philanthropy. Combining information from interviews and focus groups with both current and former black foundation staff, the study has some striking conclusions that, if correct, ought to challenge what people think they know about recruitment and racial diversity in institutional philanthropy. Here are the “key findings” of the ABFE report.

“Black philanthropic professionals do not believe they have real opportunities for meaningful leadership roles in the field, although they do see some general progress as staff at grantmaking institutions.”

That statement might be as much a reflection about institutional foundations as it is about blacks in philanthropy. One might guess that some blacks join foundations in the hope that they can influence grantmaking in a meaningful way, but are they actually saying in this finding of the report that foundations often prove themselves resistant to new voices—not different voices from young, privileged white people, as is often the focus of efforts behind philanthropic recruitment, but the voices of people of color of all ages.

This doesn’t mean that they are all leaving philanthropy for positions in grassroots nonprofits, but that they are choosing other sectors in general, including government and business, to have a feeling of more impact on communities and change.

“The current culture of philanthropy is perceived as nudging Black professionals to go elsewhere to find more satisfying careers, and some actually feel pushed out.”

People have lots of things to say in exit interviews that some might find tinged with bitterness, but even this finding is a serious indictment of institutional philanthropy. After years of debate around diversity in philanthropy, the notion that black professional staff feel nudged out must be seen as terribly troubling. This may be indicative of the culture of philanthropy, more of a closed society than many foundation executives would hope to present to the outside world. Black foundation staff report feeling isolated and their input not as valued as their colleagues. One out of five departed black staff say specifically that they actually felt pushed out of their jobs in grantmaking institutions. It is also an indictment, sad to say, about the support networks for black staff themselves. Something is going wrong in the culture of philanthropy, untreated and unresolved.

“Many Black philanthropic professionals in grantmaking institutions are concerned that rather than expanding the number of diverse professionals on staff, foundations may simply be reallocating or opening up their ‘designated minority’ positions to other groups.”

Does this finding reveal a critique of the diversity game? Does philanthropy get caught up on the big announcements of individuals here and there and missed broader dynamics among foundations in general? “Several interviewees suggested that the recent hire of Black philanthropic leaders to head two major foundations—the W.K. Kellogg Foundation and the Ford Foundation,” the report says, “may mask the realities of what is happening to other Black professionals at the majority of grantmaking institutions.” It is much like the Obama phenomenon, the mistaken notion that the election of an African-American president means that we have become a post-racial society. Obama in the White House doesn’t make the nation post-racial, and Darren Walker in the C-suite at Ford’s 43rd Street headquarters or La June Montgomery Tabron heading Kellogg in Battle Creek doesn’t alleviate philanthropy of its obligations to changing the demographic of leadership in foundations.

Despite these trenchant observations, the report’s recommendations feel thin. Bringing board members up to snuff on the challenges faced by black professionals, getting the executive team involved, training board members and executives about the roadblocks faced by black foundation staff, collect better longitudinal data on black staff trends in foundations, encouraging human resource staff to find out through exit interviews why black staff leave, and offering black staff help through training, mentoring, and coaching.

When foundation executives bemoan the state of philanthropy, maybe they should be thinking about who populates their institutions—and who they are themselves. Maybe the governance and staffing of foundations are a bit anachronistic in our society. According to the ABFE report, “the D5 Coalition recently declared that ‘philanthropy is not keeping up with the changing face of America.’” Why would black professionals feel compelled to stay in philanthropy when society is changing but philanthropy isn’t?

The report misses the necessary lever of change to change the demographics of any sector. It is the need to hold foundations’ metaphorical feet to the fire. Affinity groups and other foundation advocates may have been much too polite on this score, steering clear of questioning the composition of foundation trustees—who are much whiter than corporate trustees, for example—and are perhaps too celebratory about changes at the top of Ford and Kellogg, like our society has been about the occupant in the White House, and underemphasizing the troubling dynamics around race elsewhere in the sector and in society.

Even with a change in the nominal racial composition of foundation trustees and executives, that, too, is insufficient to produce changes in foundation grantmaking that begin to approach issues of racial justice. But having foundation leaders like Darren Walker, Bob Ross, Ralph Smith, and Emmett Carson, just to name four, is a matter of substance, not just image, because people of that caliber in senior positions of foundations are able to make change happen, witness their combined work on galvanizing philanthropic attention to the needs of black men and boys. As the ABFE evidence reveals, however, racial change is hard to see from within philanthropy. The philanthropic watchdog community needs to turn up the heat, else we will be watching marginal changes at best in foundation leadership and even less movement toward what more blacks in senior positions should mean, greater foundation attention to racial justice.—Rick Cohen