Studying the Role and Finances of Fundraising Galas among Jewish Organizations 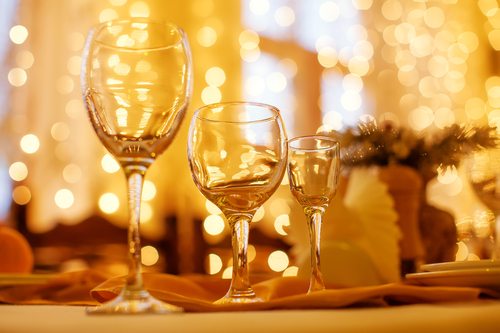 The Forward has been running a remarkable investigative series on Jewish philanthropy, and this week they are focused on the sometimes elaborate and expensive fundraising parties run by some Jewish charities. Altogether, write the authors, who looked into the finances of 3600 organizations, approximately $95 million was spent on these types of events for a return in event income of $139 million, excluding donations made at the events.

In the realm of gala party hosts, a few big organizations in a small number of cities definitely dominate, both in spending and in returns. UJA Federation of New York was the biggest spender, putting $5.6 million into events with a $50 million return. The Anti-Defamation League came in second, spending $4.9 million, 10 percent of its overall annual expenditures. Other big spenders are the National Museum of American Jewish History, which spent $3.3 million; Friends of the Israel Defense Forces, which spent $3.2 million; and the American Jewish Committee, which spent $2.3 million. Altogether, these five groups spent almost $20 million on charitable events, accounting for more than a fifth of what was spent on parties by all 3600 groups studies.

Rachel Sternberg, senior vice president of the Jewish United Fund/Jewish Federation of Metropolitan Chicago, where galas are also very big, describes the events as building community. The authors say the events are about more than fundraising; they’re also a place to reinforce status. “Galas thrive on a competitive approach to philanthropy, encouraged by charities and their backers. Until 15 years ago, it was standard practice at Jewish galas for hosts to call out individual attendees by name in front of the entire ballroom and ask how much they would pledge. This practice is now considered gauche, but modified versions are still common. At a Friends of the IDF event in March 2013, names weren’t called, but attractive women carried microphones to attendees who volunteered to stand up and announce their gifts.”

Besides providing ways for people to flaunt their wealth, people attend out of respect for honorees and to make connections. And some people just like going to parties—evidently, a lot of people. “It’s a very important way to educate both your constituency and the broader community about the work that you do,” Mark Medin of UJA Federation of New York said. “We have between 25,000 and 30,000 [people] a year that attend our different galas and events.”

Still, some feel events are on their way out, at least in some cities. “Most Jewish organizations are still highly dependent on a major fundraising event,” said Jay Sanderson, president and CEO of the Jewish Federation of Greater Los Angeles, which spent a little more than $1 million on events in 2011. “They spend a lot of money and staff time. We’re moving away from that model.”

Carmel Chiswick, a professor of economics at the George Washington University, thinks that the decline might be more widespread. “The era of the umbrella organization has really declined, and they’re the ones that really benefit from the galas,” Chiswick said. “If you’re going to give to three organizations and you know what they are, then you give to them. You don’t need a gala.”—Ruth McCambridge